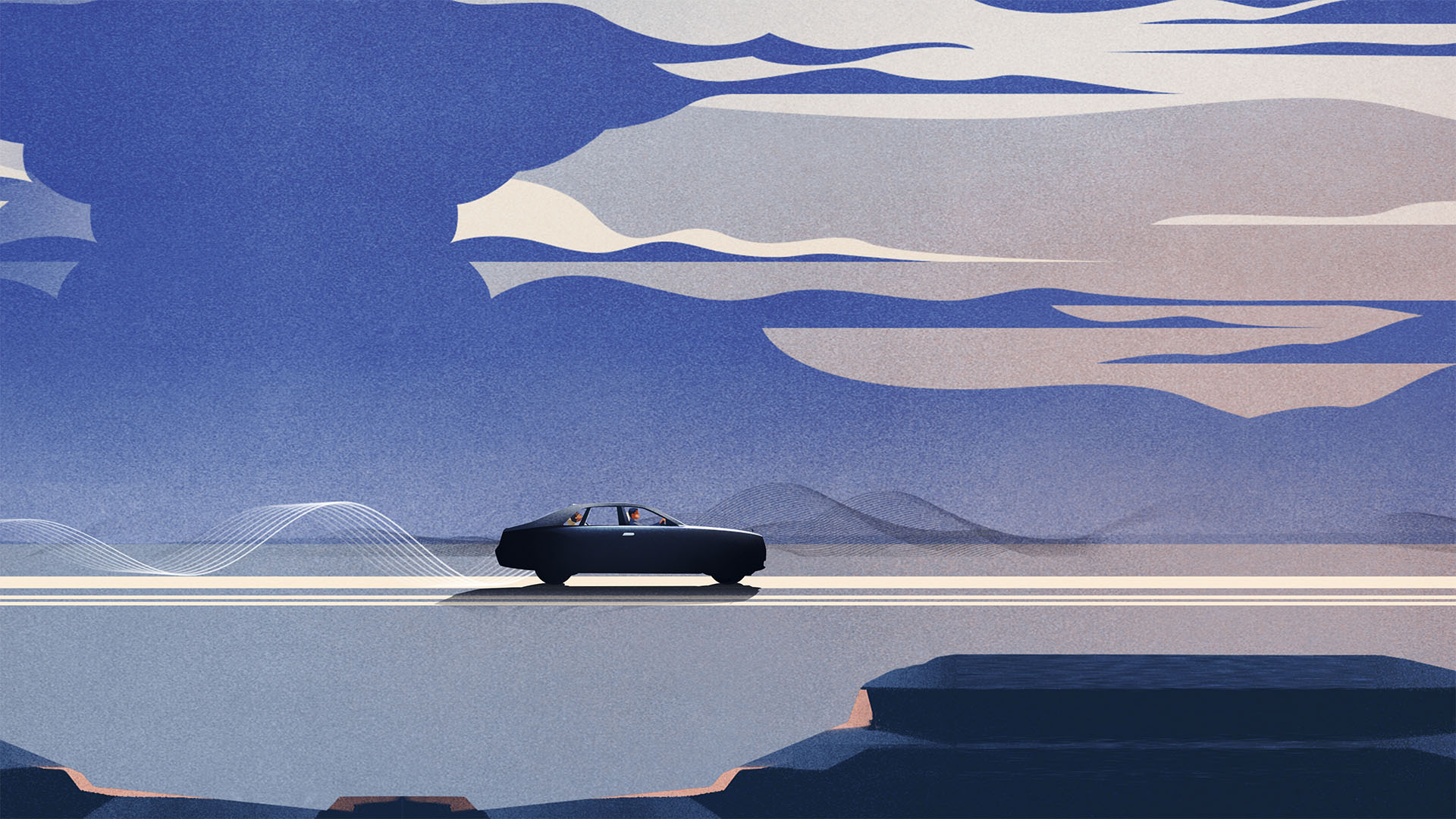 When reviewing client feedback from the first Goodwood Ghost, it was clear that its cocooning, near-silent acoustic properties were of the utmost importance. These men and women operate in complicated business worlds and value the sense of calm and wellness that their Rolls-Royce creates. Therefore, in creating new Ghost, the marque’s team of acoustic specialists were obsessively focussed on this highly complicated engineering task.

To achieve a sense of absolute serenity, the acoustic team began by adapting the marque’s proprietary aluminium spaceframe architecture, which itself offers benefits owing to the metal’s higher acoustic impedance compared with steel and its use of complex forms rather than flat, resonant surfaces. A double-skinned bulkhead section was selected to insulate the cabin from the already near-silent 6.75-litre V12 engine and cavities in the roof, boot and floor were created to fill with more than 100kg of sound-absorbing materials. Additionally, double-glazed windows with a clear composite centre sheet were used as well as tyres lined with lightweight acoustic insulation foam.

Once the sound stage was created, every component was obsessively interrogated for its acoustic properties. Those that produced unacceptable levels of noise were discarded and completely redesigned at the Home of Rolls-Royce in Goodwood, West Sussex, to better serve the client’s desire for serenity. Even the inside of the air conditioning ducts were smoothed to better insulate clients from intrusive noises.

However, upon early testing the acoustic team discovered that removing all noise was disorientating. Their solution was to create a ‘whisper’ – a soft undertone that clients experienced as a single, subtle note. To achieve this, each component had to be tuned to a common resonant frequency. This task included creating acoustically tuned damping units for the seat frames, as well as a suite of ports between the cabin and the large 500-litre boot to ensure that it generated a frequency consistent with new Ghost’s ‘note’.

The marque’s experts named this exhaustive process the Formula for Serenity. Following its creation, these specialists presented the acoustic advances they had made, showcasing how these remarkable developments would serve the demands of new Ghost clients. Rolls-Royce has elected to share elements of these internal briefings to demonstrate the engineering substance that underpins this extraordinary new motor car ahead of its official unveiling in autumn this year.

New Ghost Acoustic Engineering Lead, Tom Davis-Reason, says, “The extraordinary acoustic quality of new Ghost is the result of significant engineering developments and fastidious attention to detail, but it really is underpinned by the marque’s proprietary aluminium architecture. There is simply no way we could have created such an acoustically refined environment using a steel platform.”

The marque chose the popular and aesthetically appealing medium of animated illustrations to convey these insights. Rendered first by renowned illustrator, Charlie Davis, they were animated to cohesively and beautifully represent these findings in a fashion that befits the highly progressive new Ghost.

In addition to these insights presented in animation form, a series of five podcasts have been launched that reveal more of the marque’s findings, as well as insights into the underlying material and engineering substance of new Ghost in long form. Hosted by Johanna Agerman Ross, Curator of Twentieth Century and Contemporary Furniture and Product Design at the Victoria & Albert Museum in London, the podcasts are available on Apple, Google, Spotify and Deezer.