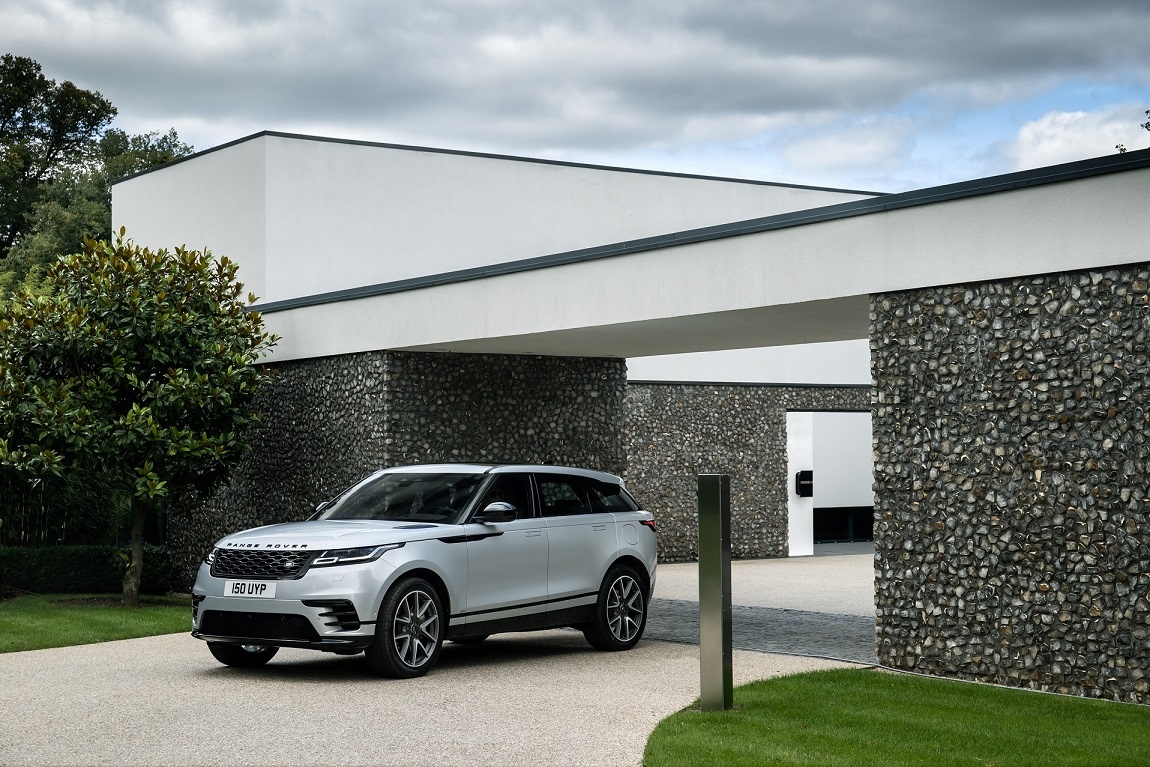 The Range Rover Velar is now even more desirable, sustainable and intelligent with the introduction of an electric plug-in hybrid option***, advanced new infotainment technology and elegant new design features.

The mid-size luxury SUV, which sits between the Range Rover Evoque and Range Rover Sport in the family line-up, offers customers the perfect balance of design and technology – now with electric power. The new 2.0-litre four-cylinder P400e* plug-in hybrid offers a smooth and refined drive, producing a combined 404PS and 640Nm of torque from its 300PS petrol engine and 105kW electric motor, with an impressive 0-60mph in 5.1 seconds (0-100km/h in 5.4 seconds). A 17.1Wh lithium-ion battery, located under the boot floor, can be charged to 80 per cent in just 30 minutes†† using a fast DC charge point, or 1 hour 40 minutes using a standard 7kW wallbox. With zero tailpipe emissions in electric mode, an impressive real-world all-electric range of 53km (33 miles),** fuel economy of up to 2.2 litres/100km** (130.2mpg) and CO2 emissions from just 49g/km**, the Range Rover Velar is now even more sustainable by design.

The new engines are available with mild-hybrid electric vehicle technology (MHEV) in addition to the latest engine technologies, for efficient performance. The MHEV system uses a Belt integrated Starter Generator (BiSG) in the engine bay to harvest energy usually lost under deceleration, which is then stored in a 48V lithium-ion battery located beneath the rear loadspace. It is able to redeploy the stored energy to assist the engine when accelerating away, while also delivering a more refined and responsive stop/start system.

Additionally, the next generation four-cylinder Ingenium D200 (204PS diesel)* is introduced on the Range Rover Velar, offering more power, lower CO2 and improved fuel economy. The engine is offered with the same 48-volt mild hybrid technology as the rest of the range, with CO2 from 165g/km** and fuel economy of up to 44.9mpg (6.3 litres/100km)**.

Pivi is designed around ease of use, with a simple interface reducing the number of interactions to enhance safety. Crisp new graphics and super-fast responsiveness are enabled with a new electrical architecture under the surface, ensuring the screens and navigation system are ready to go in seconds, thanks also to a dedicated power source. Customers can access software updates ‘over-the-air’ reducing the need to visit a retailer. Bluetooth connectivity is also available for two phones at once.

Nick Rogers, Executive Director, Product Engineering at Jaguar Land Rover, said: “The Range Rover Velar’s name and bloodline dates back to the code name of the original Range Rover prototypes. It has been fifty years since the introduction of the pioneering Range Rover in 1970, and now every family member is electrified with our awesome plug-in hybrid technology. Electrified powertrains and cleaner mild hybrid diesel engines* mean the Velar is an even more efficient and sustainable option for our customers. Jaguar Land Rover’s new Electrical Vehicle Architecture – EVA 2.0 – supports the new Pivi and Pivi Pro infotainment, as well as Software-Over-The-Air (SOTA), and a whole suite of advanced driver assistance systems, cameras and clean-air technology, making the Range Rover Velar cleaner, safer and smarter than ever before and one of the most technologically advanced luxury SUVs in the world.”

The experience inside the Range Rover Velar is now an even calmer sanctuary with the addition of Active Road Noise Cancellation****. The intelligent technology works like a pair of high-end noise cancellation headphones, constantly monitoring vibrations from the road surface and calculating the opposite phase sound wave needed to remove the noise heard by the occupants. The effect is subtle, but the minimum reduction of 4 decibels ensures an even more refined and calming interior space. The system is even able to adjust the level and position of sounds played into the cabin based on the number of passengers and their position inside the vehicle by using the seatbelt sensors. This advanced system delivers a more serene experience inside Velar, even reducing driver tiredness, which can be brought about by extended exposure to low-frequency sound on long journeys.

A new Cabin Air Filtration system enhances the relaxing and clean sanctuary inside Velar, reducing levels of harmful particulates, pollen and even odours. The new system – introduced in addition to the existing Cabin Air Ionisation feature – filters out fine particulate matter, allergens, pollen and even strong smells. Activated via a ‘Purify’ button in the lower touchscreen, it is capable of filtering ultrafine particulates (up to and even below PM2.5). Drivers and passengers can be assured the air they breathe inside the Range Rover Velar is cleaner than the air outside.

Also available is the new second-generation wearable Activity Key, which can totally replace the traditional key fob when necessary. The water-resistant and shock-proof wrist device now incorporates an LCD watch and allows customers to start, stop, lock and unlock the vehicle, with no need to take a traditional key fob out with them.

The ‘Range Rover Velar Edition’ provides even more customer choice and features a combination of exterior and interior upgrades. Based on the R-Dynamic SE specification□, enhancements include a black contrast roof and matching 20-inch black alloy wheels, for sophisticated presence. The distinctive new special edition model is available exclusively in Lantau Bronze metallic paint, as well as the new Hakuba Silver, Santorini Black or Eiger Grey.