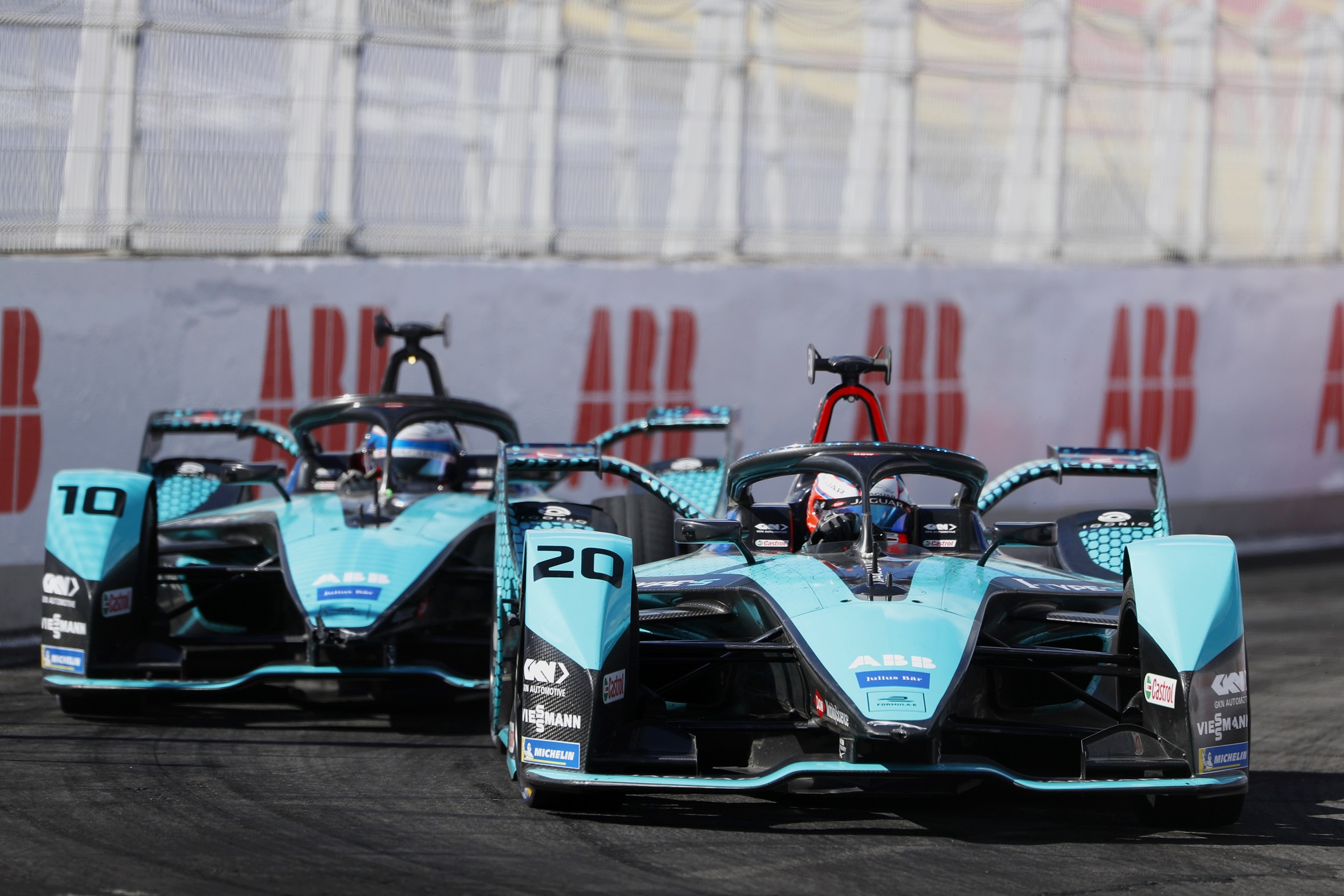 Puebla points for Mitch Evans and Jaguar racing in Mexico

Jaguar Racing driver, Mitch Evans, climbed nine places in the second Puebla E-Prix race, finishing in the points for the second day in a row.

The start of the ninth round of the ABB FIA Formula E World Championship in Mexico saw Mitch Evans gain four places, while Sam Bird gained three places off the line. Mitch started in eighteenth on the grid after finishing second in group one qualifying. With overnight rain, the track evolution penalised the championship leaders in group one.

The Kiwi navigated his way through the Autódromo Miguel E. Abed circuit, showing the pace and efficiency of the Jaguar I-TYPE 5. He would eventually finish the Puebla race in ninth after making critical overtakes on Stoffel Vandoorne and Sebastian Buemi.

The Jaguar duo of Evans and Bird, worked closely together throughout the race to maximise points for the team. Bird, who started in fifteenth after a challenging qualifying session, finished the race in twelfth, just outside of the points. The Brit had a tough final 25 minutes after a collision with Lucas Di Grassi half way through the race.

The Jaguar Racing team leave central America ready to take on the streets of New York City – which is a happy hunting ground for both drivers.

James Barclay, Team Director Jaguar Racing, said: “Well done to Mitch and Sam for battling through the field today. We feel we deserved a bit more from the weekend but we are still in the hunt for both championships. As we saw today one good weekend can move you to the top of the standings when you take the advantage from a later qualifying group.”

Sam Bird, #10 Jaguar Racing driver, said: “This championship is very challenging at times and for the last two races I’ve been in one of those tough periods. Consistency is key but today I got taken out again, through no fault of my own. One win and you can be leading the championship – you just need to make sure you put a few good races together and you’ll succeed. It is now time to focus on New York – a track I really like – let’s hope we get a clean run, can execute a great race and get some good points.”

Mitch Evans, #20 Jaguar Racing driver, said: “The race today was really tough. We started in P18 and the target was to get into the top ten and we did exactly that, we got points. We had a great start – I passed four cars on the first lap and I started making my way forward. I made some good moves but it was extremely difficult as the track was breaking up a lot, so offline it was extremely slippery and to manage the rear tyre was challenging. It’s really hard and tiring starting at the back of the grid, but that’s the price you pay for being high up in the driver standings. It was a lot of work for a few points but we leave Mexico happy and ready for New York.”

Rounds ten and eleven of the ABB FIA Formula E World Championship take place on the streets of New York on Saturday 3 July and Sunday 4 July 2021.