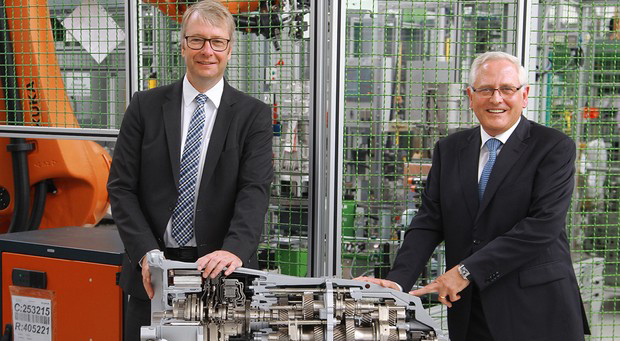 ZF has recently begun production of its eight-speed dual clutch transmission (8DT), which is developed jointly with German automaker Porsche, at the Branderburg facility. It has been developed as a modular kit so versions for 2WD, 4WD and hybrid can all be made on a flexible production line for which the German car parts manufacturer spent EUR100m.

According to ZF CEO Stefan Sommer, the new transmission enables them to offer maximum flexibility for sport applications—from all-wheel drive to plug-in hybrid.

Brandenburg has 1,200 employees making 600 transmission systems a day. The factory has produced seven-speed DCTs since 2008 and begun seven-speed manual transmission production in 2012. Recently, Porsche has updated its Boxster and Cayman models with better fuel economy and power from four-cylinder flat engines with turbocharging. For the very first time in the automaker’s history, the Roadster and Coupe have the same power – 220kW to 257kW from two- or 2.5-litre displacement.