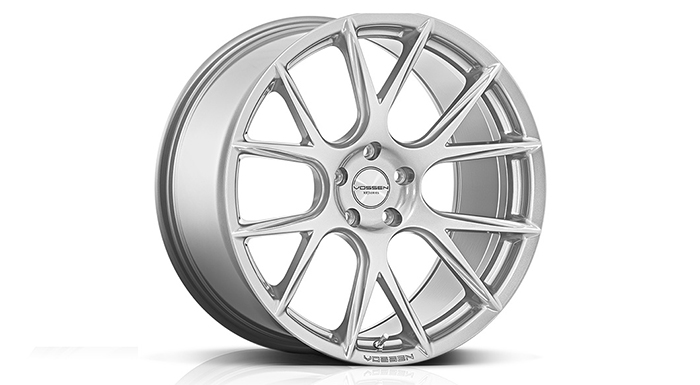 Vossen Wheels, a premiere distributor of luxury chrome wheels for luxury vehicles, has recently added a new wheel to its VF Series. The eye-catching VFS-6 features advanced flow formed technology to develop a lighter and stronger barrel than other low pressure cast counterparts, producing a perfect blend between the affordability of a cast wheel and the performance and strength of a forged wheel.

Since its launch, the Vossen VF Series has been defined by the sharp, 30-degree edges and followed the Vossen Forged: Precision Series in styling. The VFS-6 is a natural evolution from its predecessors in production technique, but brings a fresh look to the lineup with its sleek joining of rim and spokes as well as sweeping lines.

This stylish wheel is offered in two standard gloss finishes: Gloss Graphite and Silver Metallic. The former sports a shiny, dark tone and elegant lines while the latter is light in tone with bright metallic depth.