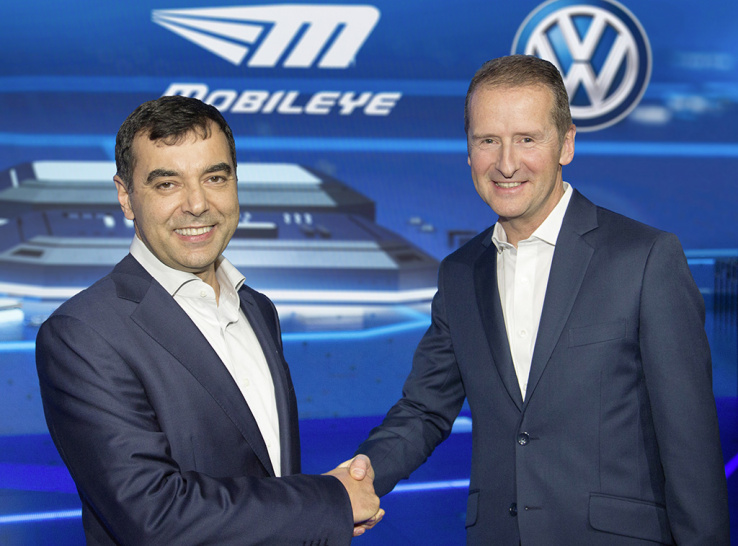 Volkswagen to work with Mobileye on Selfdriving technology

Volkswagen and Mobileye have announced that they will work together on technology for autonomous driving. Mobileye has developed camera-based map and localization technology called Road Experience Management (REM) which will be used in future Volkswagen models.

The REM platform crowdsources real-time reports from vehicles having REM to feed information regarding road conditions for use in autonomous vehicles, thus ensuring that networked smart cars can better navigate real roads.

Cars which have REM can collect data from front-facing cameras, including lane markings and other road information, and then send that information to the cloud. The cloud collects information from a number of vehicles and feeds it back into real time HD navigation maps which thus reflect road conditions as accurately as possible at all times. This agreement is meant to herald similar agreements with other car manufacturers and thus pave the way to make HD maps using crowdsourced data from the cars of a wide range of manufacturers. This would improve the autonomous driving and advanced driver assist features for cars belonging to all these makes.

This is not the first such deal that Mobileye has announced. Last December, Mobileye had announced that it would be joining hands with the mapping company, HERE to work on more precise global mapping in order to facilitate hands free location and driving. HERE is owned by a consortium of well known automakers like Audi, BMW and Daimler. Another joint venture Mobileye had announced was with Intel and BMW in order to develop a fleet of 40 autonomous vehicles by the second half of 2017.

Volkswagen is not the only player to venture into selfdriving technology. Ford, General Motors, and Tesla have all joined the self-driving bandwagon. Tech companies like Google and Apple have also ventured into the field of self-driving technology. Google’s subsidiary, Alphabet had announced that it would be spinning off its self-driving venture as a spate business unit called Waymo.