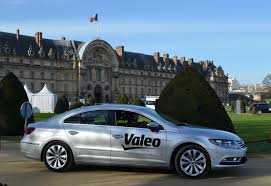 For the second consecutive year, Valeo has emerged as the company that has filed the maximum number of patents in France. The company took first place in France’s 2017 INPI industrial property institute rankings, and had 1,110 patents published in 2017, an increase of 116 when compared to 994 in 2016. This consolidates Valeo’s position as one of the most innovative companies in France and highlights the importance that innovation has in the Valeo Group’s strategy, especially when it comes to the company’s initiatives to reduce toxic emissions and develop intuitive driving.

Jacques Aschenbroich, Valeo’s chairman and Chief Executive Officer, commented that the company’s top ranking highlighted the team’s ability to innovate and create new technologies that are needed for the development of the electric, autonomous and connected car.

For the second consecutive year, Valeo was also the top company when it came to filing patents with the European Patent Office (EPO), thus making it into their Top 20 for the first time. The company had 770 patents published in 2017.
Valeo’s expenditure for Research and Development in 2017 amounted to 1,895 million euros, which was almost 12 per cent of the Group’s original equipment sales. Valeo has 38 R&D centers spread across the globe and of its 111,000 employees, about 20,000 are R&D engineers.

Valeo’s innovation-based strategy is yielding rich results as innovative products accounted for half of total order intake in 2017.