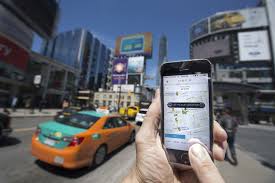 Uber to Invest USD 150 Million in Engineering Center in Toronto

Uber Technologies has said that it plans to invest over USD 150 million on an engineering hub in Toronto which will focus on artificial intelligence and self-driving car operations. This indicates that in spite of recent setbacks, Uber will continue to focus on autonomous vehicle development.
Uber’s Chief Executive Dara Khosrowshahi said that the company will be investing the amount over a period of five years in order to ramp up its engineering expertise and its work in artificial intelligence. The new office is slated to open in early 2019 and will provide employment to hundreds of people thus boosting Uber’s workforce in Toronto to over 500.
Uber has lagged behind other tech companies like Apple when it comes to development of self-driving technology. The company opened a self-driving car research center in Toronto last year, which is helmed by University of Toronto associate professor Raquel Urtasun.
Uber experienced a significant setback in March this year when one of its self-driving vehicles killed a pedestrian in Tempe, Arizona, in March. In the wake of the adverse publicity, Uber removed its test vehicles from the road, laid off hundreds of test drivers and closed operations in Arizona, which had served as its hub for autonomous testing.
After the crash, Khosrowshahi, who took over Uber’s leadership a year ago, has explored many options including the sale of Uber’s self-driving business and partnerships with other companies involved in developing autonomous cars. The recent announcement about the investment in the Toronto facility indicates that Uber is still planning to continue with its quest to develop a self-driving vehicle.
Recently, Uber has received a USD 500 million investment from Toyota Motor Corp to collaborate on the development of self-driving vehicles. It will however have to work very hard to overcome hurdles from regulators and local officials who are concerned about safety in the wake of the March incident.
Uber expects to resume testing of its self-driving cars on public roads by the end of the year after they are thoroughly revamped from the safety perspective.
The separate engineering office that is slated to open early in 2019 will be Uber’s eighth such office outside the United States, and is mainly meant for building technology infrastructure for Uber’s products, such as ride-hailing and food delivery.