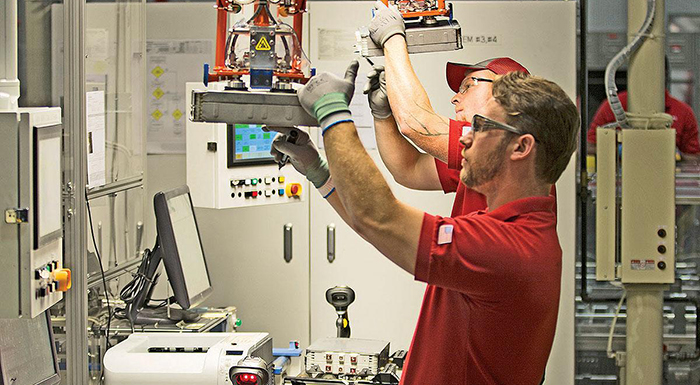 Competitors Nissan and Toyota, Japan’s key manufacturers of electrified vehicles, are currently developing battery technologies they hope would provide them an edge with longer range.

Their research, which was announced separately last month, modify the chemistry of next-generation power packs for denser energy storage to deliver longer drivers for both hybrids and electric cars.

Nissan is exploring new ways to enhance battery performance for electrified cars. While it is true that its Leaf is the best-selling EV in the world, sales are still modest due to its limited range. This is why the automaker looks into enhancing the energy storage of Li-ion batteries by mixing in an additive known as amorphous silicon monoxide. This chemical would enable batteries to hold more lithium ions, thus enhancing the overall performance.

The challenge faced by Nissan’s research engineers demonstrates how intricate upcoming technologies will be. Until now, it has been hard to figure out how to utilize amorphous silicon monoxide because there was no way to accurately determine its atomic structure. The automaker’s researchers resolved that by finding out a new way to analyze its atomic properties.

According to Nissan, the solution opens the door to utilizing the new chemistry to manufacture longer-range EV batteries.

In a statement, Nissan Senior Vice President Takao Asami said that the invention of this new analysis method is crucial to further develop the next generation of high-capacity Li-ion batteries. “It will certainly become one of our core technologies.”

Nissan’s development is a product of a public-private team effort. The scientists working on it hail from the Japan Synchrotron Radiation Research Institute, the Japan Science and Technology Agency, Japan’s National Institute for Materials Science, Japan’s Tohoku University, and Nissan subsidiary Nissan Arc.

Meanwhile, Toyota is researching the use of magnesium, in place of lithium, as the base chemical for batteries that could appear in the next two decades. Nissan is focusing on adhesives that will boost the performance and energy capacity of today’s lithium batteries.

The research and development efforts are pushing the automakers into new frontiers of chemistry for an industry hell-bent to electrify its upcoming products.

Toyota’s approach studies the replacement of the lithium electrolyte now utilized in Li-ion batteries with a magnesium-based one. Electrolyte is the liquid in a battery separating the negative and positive poles through which ions pass.

According to the automaker, magnesium has two advantages over lithium:

It enables for denser energy storage.

It is safer than lithium, which is considered as an unstable metal prone to fire risk.

Researchers at the Toyota Research Institute of North America claim that they have developed a way to make a magnesium electrolyte by applying materials used in hydrogen storage. However, Toyota says it could take two decades to bring the science to mass production.