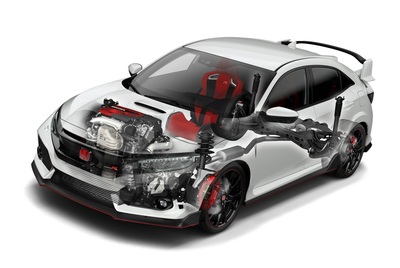 Two totally different Honda engines made it to the Wards list of the 10 best engines attesting to Honda’s expertise in engine technology for engines ranging from performance oriented engines to long range zero-emission vehicles. The two Honda engines that made it to the renowned list of 10 best engines were the Civic Type R 2.0-liter turbo and Clarity Fuel Cell powertrains. The models made it to the list on the basis of their horsepower, torque, technology, observed fuel economy, relative competitiveness and noise characteristics. By having two engines named to the list, Honda proved that its engineering expertise can cater to the needs and lifestyles of a diverse range of customers.

The Civic Type R is the most powerful engine that Honda has offered in a production vehicle. The Type R’s 2.0-liter DOHC VTEC Turbo direct-injected engine is a headliner when it comes to performance with regard to many aspects. It has a peak output of 306 horsepower at 6500 rpm and 295 lb.-ft. of torque between 2,500 and 4,500 rpm1. The Civic Type R is the most powerful Civic model, and is the fastest Honda production automobile ever offered in the United States, with a track top speed of approximately 170 mph.

Honda’s technological innovations to the Clarity Fuel Cell resulted in a hydrogen-powered fuel cell stack that is 33 percent more compact while having 60 percent more power density compared to its predecessor, the Honda FCX Clarity. The more compact fuel cell and integrated powertrain, comparable in size to a V-6 engine fits snugly under the hood of the sedan, giving room for a more spacious cabin with seating for five passengers. The Clarity Fuel Cell features a class-leading driving range rating for zero-emission vehicles with its EPA range rating of 366 miles.