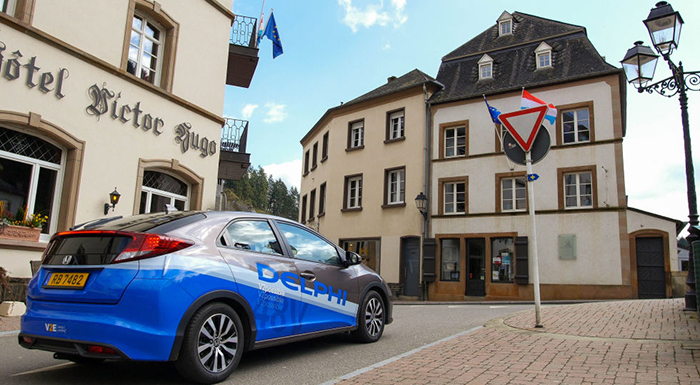 Ars Technica claims that out of the bothersome combination of emissions-cheating diesels, higher government fuel economy demands, and climate change fears, an alternative technology known as mild hybrids may tick all the boxes for automakers. A small, efficient diesel engine featuring a mild hybrid power assist is eyed to give the best of both worlds. Delphi is currently testing a mild hybrid system that it says can offer most of the benefits of a full-power hybrid at a fraction of the cost.

Mild hybrids are not something new. In 2000, GM unveiled a mild hybrid concept car and has launched varying versions since then. Also called Belt-Assisted-Starters or BAS, the American automaker offered mild hybrid options for a 2007 Saturn and for Buick models beginning in 2013. The 2016 GMC Sierra and Chevrolet Silverado full-sized pickups provide a mild hybrid system known as eAssist. Mild hybrids come with lower voltage and utilize 36V to 48V systems that run in parallel to a car’s traditional 12V system. Meanwhile, electric cars and hybrids like the Prius utilize 60V electrical systems.

While not identical, BAS, eAssist and mild hybrid systems have the same effect. A small electrical increase in power is added to a traditional engine on startup and takeoff. The electrical power is regenerated or regained during braking. The electrical power is not enough to run the car alone but it adds adequate additional power so the car or truck is able to speed up faster without increasing fuel emissions or consumption.

Two of the key advantages of diesel engines have always been pulling power and fuel economy, the former also called torque. These two elements are why diesel motors are ideal for huge trucks that carry or pull heavy loads. The two disadvantages of diesels are slower acceleration and more emissions than gasoline engines. Turbochargers added to diesel engines have been the most typical way to improve acceleration, However, running cleaner needs a lot of emissions control technology and software.

Delphi is now looking into combining a small diesel engine with a turbocharger and adding a 48V mild hybrid setup in a Honda Civic with a 1.6 liter turbodiesel engine. The 48V mild hybrid system is equipped with a Li-ion battery that gives power on takeoff and is recharged while braking. Results of Delphi’s test reveal that the average fuel economy with the mild hybrid system is 10 percent enhanced, with up to 35 percent enhancement at some engine speeds.

Adding a 48HV mild hybrid system that runs in parallel to the car’s traditional 12V system and is utilized just for its power additive capability is considerably less expensive for automakers than creating an entire 60V system. A full 60V system does not only need bigger batteries, but also a full set of new components to power everything in the car or truck.

Delphi projects that a mild hybrid system equipped with a diesel engine can accomplish up to 70 percent of the added fuel economy and reduced emissions of a traditional hybrid at only 30 percent of the regular hybrid’s cost over a traditional petroleum-fueled engine; hence, faster, cleaner and cheaper.