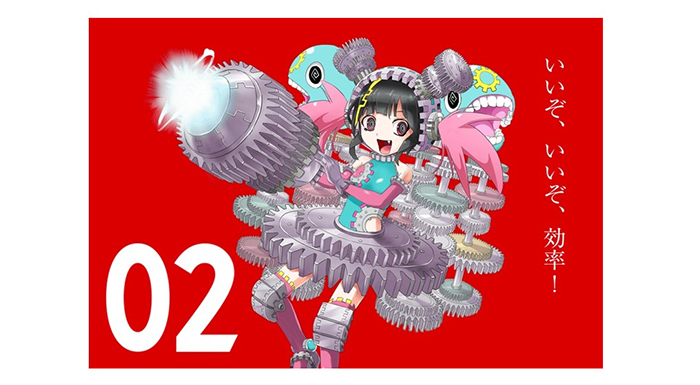 Toyota has recently proven that it is not only a leader when it comes to automotive engineering but also in creativity. Aiming to promote its latest Prius model which hit dealerships last month in Japan, the Japanese automaker has taken on the challenge to take a hunk of metal from the car such as the hybrid transaxle and transform it into alluring female manga characters.

Named “Pri-gaa”, which is short for “Prius! Impossible Girls”, the characters are part of Toyota’s ongoing efforts to liven up the image of one of its mainstay models, which is renowned for its fuel-efficient gas-electric hybrid powertrain.

On its campaign website, Toyota said that they breathed life into each of the components of the new Prius, which then led to the birth of the steel girls. To date, there are 40 Prius! Impossible Girls each having an ID number, a catchphrase as well as a description of what the part does.

Prius! Impossible Girl No. 2 represents the “Hybrid Transaxle”, which transfers the power of the motor and engine efficiently to the tires. In her manga manifestation, this character wears a miniskirt made of metallic gears and carries a device that resembles a weapon. Her catchphrase is “Super-efficient!”.

Representing the “Power Control Unit”, Girl No. 3 is a light blue-haired character with yellow eyes, donning headgear with cat ears and carrying a power control unit on her back like a backpack. Her catchphrase is: “Just because I’m small don’t take me lightly!”

What’s more, there is also Girl No. 5 representing “Triangle Silhouette”. This is not a component but Toyota’s design effort to boost the Prius’ air flow and sporty aura. This character is a blue- and pink-haired curvy mermaid whose catchphrase is: “It’s like I swim through the wind”.

The new Prius reportedly drew huge interest even before its campaign kicked off. Toyota claims it has received 100,000 orders since the car went on sale.