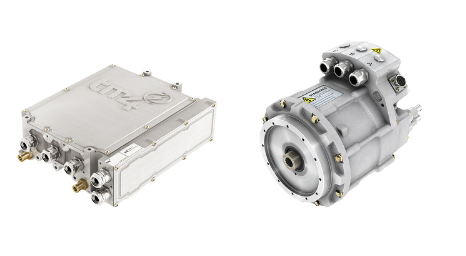 TM4 Chosen to Supply Electric Motor and Inverter to Ballard

TM4 Inc. has reached another milestone after it has been chosen by Ballard Power Systems to supply electric motors and inverters to be combined with new compressor units. The announcement came after the debut of Ballard’s seventh generation FCvelocity®-HD7 power module at last year’s UITP World Congress and Exhibition held in Milan, Italy.

The FCvelocity®-HD module has shown outstanding reliability while clocking millions of kilometers on the road, mainly in bus fleets. It comes with a number of benefits in the aspects of market leadership, cost reduction, integration, and performance.

Ballard selected the TM4 MOTIVETM series of high RPM motors for its quality, reliability and high power density. Given that a fuel cell’s air supply is a highly critical system, a robust, compact and efficient motor is crucial to the design of a fuel cell.

Ballard’s choice for TM4’s products was also driven by the cost optimization process of the development of this new generation of FCvelocity®-HD power module. TM4 has made a huge progress through its global supply chain to lower cost and support Ballard in the global deployment of the FCvelocity®-HD7.

According to Robert Baril, TM4’s Chief Operating Officer, they are thrilled to be working with Ballard on their new generation of FCvelocity®-HD7 power module. He noted that this new project has enabled TM4 to optimize their products for fuel cell module requirements, allowing their expansion into a new and promising market. “We look forward to this collaboration that will certainly strengthen the relationship between our companies.”

Ballard and TM4 are innovators in their own markets, such as proton exchange membrane (PEM) fuel cell technologies and electric powertrains. Through their work, both companies have been enabling the progress of clean transportation initiatives.