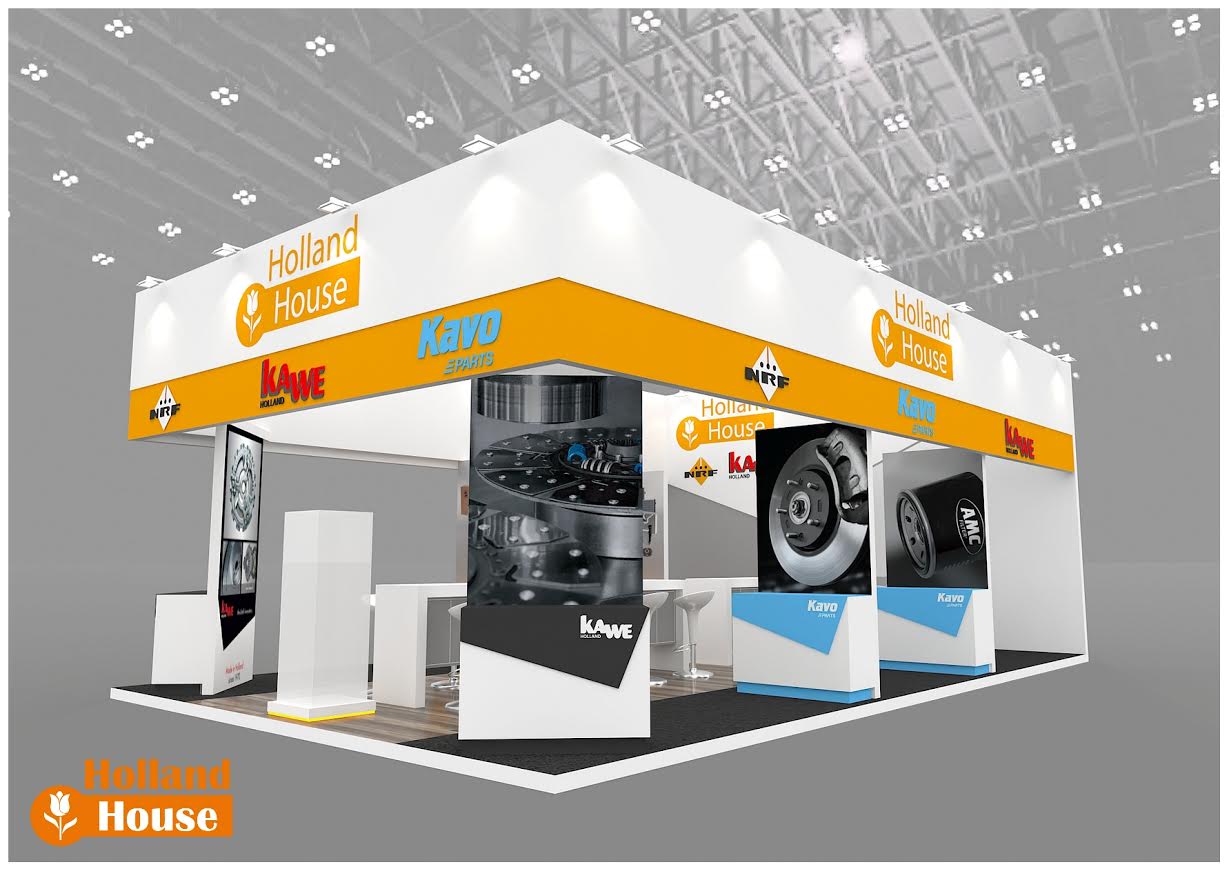 Three companies from the Netherlands named KAWE, Kavo Parts and NRF have joined hands to participate under one banner named Holland House in Automechanika Dubai 2017. All three are leading aftermarket suppliers based in Netherlands and this is a truly unique collaboration.

KAWE, Kavo Parts and NRF will share a booth during Automechanika Dubai which is scheduled to be held from May 7 to May 9 this year. Automechanika Dubai is considered to the largest and fastest growing international aftermarket show in the MENA region with a special focus on Africa and the Middle East. Over 2.000 exhibitors are expected to participate in the show.

The booth to be set up jointly by the three Dutch companies will be named ‘Holland House’ and is set to have a typical Dutch look though the three participating companies will have entirely different individual areas.

Commenting on the collaboration, Peter Bloemberg, Sales & Marketing Director at Kavo Parts and one of the project’s initiators said that they were joining forces by taking a booth together. He said that they would be able to get access to each other’s networks and will be able to participate in the show at a lower cost, calling the collaboration the perfect example of 1+1=3.

Jeroen Beterams, Marketing Manager at NRF confirmed this saying that the African and Middle East markets are important growth markets to all three companies. He saw Automechanika Dubai as the perfect platform for advancing the international profile for all three companies.

Alvin de Weerd, CEO at KAWE who will be coming to the Dubai show for the seventh time said, “Automechanika Dubai will be the pilot project for this initiative, but a second joint fair presence is already planned. In October 2017 the Holland House will appear at Equip Auto in Paris. Besides KAWE, Kavo Parts and NRF, Eurol and Ganzeboom will also participate”.