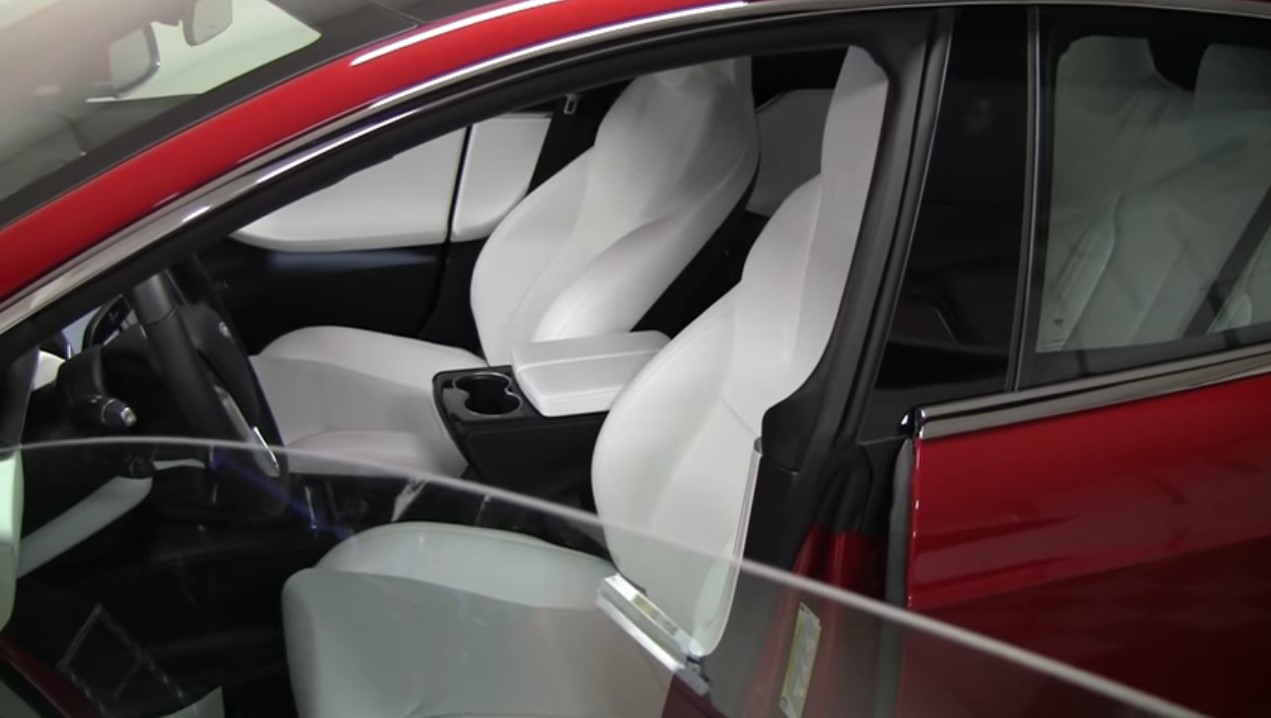 The vegan lifestyle is one that is becoming increasingly popular and Tesla is now seeking to appeal to this segment with launch of a new seat that it has developed inhouse. The new seat is made from “Ultra White synthetic leather,” which is a vegan faux-leather option for consumers. The new seat option was available initially available only for the Model X and earlier this year has been made a part of the Model S P100D line. Now, the vegan seat option will be available for all Tesla cars.

Tesla is known for placing a lot of emphasis on the seating options and this in fact contributed to the delay in commencement of the volume production of the Model X. The company’s CEO, Elon Musk wanted to make the seats what he termed a “sculptural work of art,” as the seats are in the limelight  when the falcon-wing doors are opened. Tesla designs and produces the seats for its vehicles inhouse, a practice that is quite rare in the automotive industry.

The new vegan option “Tesla Premium seats” will replace the original seats in all tesla models. Though Tesla’s board of directors recommended during a shareholder meeting held last year that shareholders vote against two proposals of offering vegan animal-free options for the cars, Musk decided to proceed with the design and manufacture of these seats.

During the meeting, Musk carefully listened to the proposals regarding faux leather seats that a PETA representative offered and said he would look into her suggestions. Tesla then quickly introduced the Ultra White synthetic leather option for the Model X. Now, customers have the benefit of enjoying these seats for the entire lineup of the Model S.