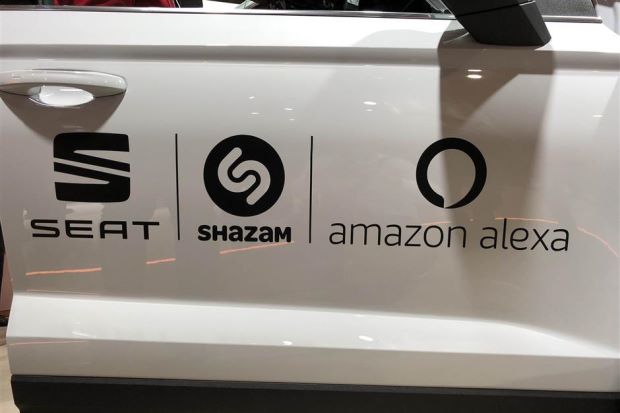 The emphasis on integration of smartphone apps into vehicles has become all the rage. Seat used the Mobile World Congress show to announce that it would be integrating the popular music recognition app, Shazam into infotainment units of its models this year, making it the only brand to have Shazam on board. Shazam will be available from April for those motorists who own Seats having Android Auto.

Another company that is trying to appeal to younger customers with incorporation of smartphone apps is Ford, which used the Mobile World Congress show to show how its Sync 3 infotainment system features Waze, the crowd-sourced sat-nav app, which is becoming really popular as it will include real-time updates. Waze will be available in Fords with Sync 3 screens in the spring.

Fabian Simmer, Seat’s chief digital officer said that while cars have development cycles of four years, in the case of mobile phones, it is six months to a year. This is why car infotainment systems have not managed to keep pace with the rapid evolution in smartphones, when it comes to embedding apps. Seat got around this by using a ‘gateway’ like Android Auto to install new apps outside of normal development times. Seat already offers Waze and later this year will fit Amazon’s Alexa voice control software, operated via a button on the steering wheel, to new cars, starting with the Ateca and Leon.