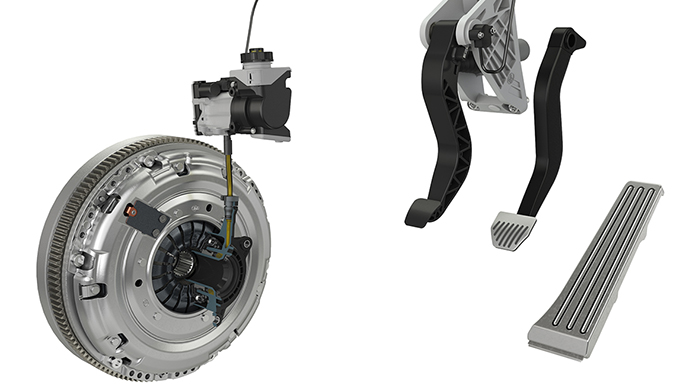 Schaeffler relies on the electrification of the clutch in order to enhance the driving comfort and fuel economy for manual transmissions without a huge increase in the cost.

In a statement, Matthias Zink, head of Schaeffler’s transmission systems pision, said that automakers are testing 10 vehicles equipped with the company’s e-clutch systems. He did not name the brands but revealed he anticipates one of Schaeffler’s systems to be in a production vehicle by mid-2018.

Adding an e-clutch to a manual enables putting the engine into idle or switching it off, hence allowing the vehicle to coast as well as to enhance fuel economy and cut down on emissions.

Zink noted that coasting is a sort of stop-start in motion, which suggests that a manual transmission equipped with an electric clutch could reduce real-driving fuel consumption by over eight percent.

He claimed that Schaeffler’s entry e-clutch, which the supplier calls MTplus, short for manual transmission plus, adds around 100 euros ($112) to the production cost of a conventional manual. This suggests the car buyer would have to spend between $225 and $335 more for the technology.

Given that the MTplus is electronically controlled, various levels of savings are possible, in accordance with Schaeffler. The most basic–which would entail putting the engine into idle when coasting in the transmission’s highest gear–enhances fuel economy by 3.1 percent under real world driving conditions.

The main challenge faced by Schaeffler is the unacknowledged full benefits of MTplus under the current homologation policies in Europe. The New European Driving Cycle, which has been in effect since 1970 and was last updated in 1997, does not factor in carbon dioxide reductions and fuel economy from coasting.

However, benefits from coasting are included in the newest draft of the worldwide harmonized light vehicles test procedure, which is slated to take effect next year. Schaeffler produced its fuel-saving estimates based on the new procedure.

The German company is also working to eliminate the clutch pedal in next-generation manuals with a system known as Electronic Clutch Management that adds sensors to the gear-lever position and gearbox.

Zink concluded that ECM offers some of the functions and the comfort of an automatic transmission at less than half the price.