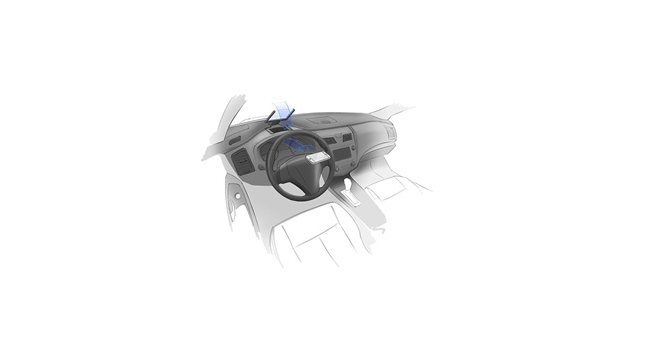 Samsung Courts SenseDriver in a Goal to Focus on Connected Car

Reports say that Samsung’s Director of Strategy and Innovation at SSIC, Young Min Kim, has recently met with executives at SenseDriver to talk about opportunities around the company’s patented Heads-Up Display (HUD) technology. This development comes in light of the South Korean company’s recently announced plan to focus more on automobiles, specifically the connected car.

Originally, Samsung expressed interest in SenseDriver due to the excellentimage quality, unrivalled performance in bright lighting conditions, and high resolution that the SenseHUD offers, as well as its ability to change display function and sizes on a curved surface apart from a flat one.

Michael Amaru, Co-Founder and Director of Product Development at SenseDriver says that with the autonomous car making its way into the mainstream, the user’s experience opens up to new possibilities. He adds that it is no wonder that their augmenting display, exclusively designed for the automotive environment, is attracting the likes of Samsung.

The impressive picture quality and adaptability of the SenseHUD platform indicates it could easily become an infotainment center in an autonomous car. Apart from displaying weather, navigation, and traffic information, the HUD could also be adapted to play videos to entertain passengers. As the world start to turn towards autonomous cars, SenseHUD could see its functionality increase beyond infotainment as well.

Similar developments have already started to emerge in the automotive industry. LG has ventured into a strategic collaboration with GM to help supply electronic components, Tesla has developed a state-of-the-art touch screen infotainment interface, and other automakers are experimenting with flexible display technologies. Meanwhile, SenseHUD’s proprietary display technology makes it a leading candidate to be on the cutting edge of this fresh innovation.