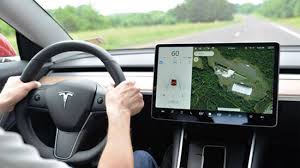 Researchers at the Insurance Institute for Highway Safety (IIHS) have found that the use of advanced car technologies that are found in most modern cars could possibly help to reduce the number of collisions. IIHS is more famous for conducting crash tests and rating the safety of different vehicles based on the outcomes of the test. The institute also is involved in gathering data and research related to helping drivers avoid accidents. David Aylor, Manager of Active Safety Testing for the IIHS, oversees research on new features which are meant to prevent collisions and according to him, in the past decade, many car manufacturers have developed technologies with the capability to identify in front of or behind a car and then automatically stop the vehicle.

Other safety features that can help minimize the possibility of accidents include those that prevent drivers from veering into other lanes. This technology is known as “lane assist” and can read markings on the pavement. It can partially steer the car to bring the car back to its intended path even if drivers are not paying attention. Avlor explained that the technology will follow other vehicles and help the car to maintain its position in the lane, though it cannot replace an actual driver. In some luxury models, the lane assist can apply the car’s brakes if the driver starts to drift from the lane. It is only a matter of time before this technology is seen in more mainstream vehicles.

In many vehicles, an alarm is triggered when the car veers out of its lane but the driver has to steer the vehicle back into place. Aylor said that features like automatic breaking to prevent front-end crashes will soon be common on a wide range of vehicles within the next five years.

“There’s a voluntary commitment by most manufacturers to make (front-crash prevention) standard by 2022,” Aylor said.

Adaptive cruise control is a feature that uses sensors to maintain speed and can automatically reduce the speed of the vehicle in order to keep it at a safe distance from the vehicles in front and behind.
Dynamic headlights are headlights which can pivot when drivers are negotiating winding roads, and many cars now have backup cameras and sensors that give drivers information about surrounding objects.

Automakers are developing and incorporating more such features as they want good ratings from IIHS, which they hope to receive on the basis of their safety features.
Researchers at the IIHS saif that they had noticed a decline in certain types of fender-benders from the time more advanced safety technologies began to be used.

“Over the last few years, we’ve seen a lot more of the systems that help prevent drivers from getting in crashes in the first place. When we look at police-reported crashes, we’re seeing a 50-percent reduction in front-to-rear crashes,” Aylor said.