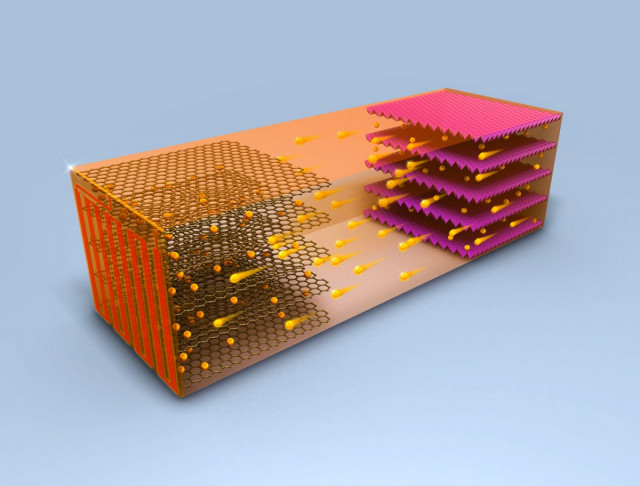 One main reason why it takes a long time for charging an electric car is that the batteries that are used in these vehicles need to be charged slowly. The chemicals used in these batteries are such that if they are charged too quickly too often, they would decay or become unstable very soon. Researchers at Pennsylvania State University in United States have come up with a possible solution to this problem.

When batteries are charged too fast, there is a phenomenon known as dendrite growth as part of which lithium ions are plated onto carbon anodes while charging. This problem is particularly prevalent at low temperatures and that is why it takes more time to charge an electric car at lower temperatures than at higher temperatures. The vehicles also need extra energy to heat the battery when they are being charged in cold weather.

Xiao-Guang Yang, a researcher at Pennsylvania State University has developed a new structure for the battery comprising nickel foils embedded in the cathode. These nickel foils preheat the anode during charging in order to prevent the lithium ions from plating.
Yang presented a research paper in which he stated that cells having his new structure charged for 4,500 cycles with less than 20 percent capacity loss. This is 90 times higher than what is seen in standard cells.

Using this new structure could make it possible to charge batteries in 15 minutes even at temperatures as low as minus-50 degrees Celsius while giving them a life of about 12 years, according to Yang. He said that nickel foils add only 0.5 percent in weight and 0.04 percent to the cost.
Generally, manufacturers compromise temperature for charging time and vice versa, but with Yang’s new breakthrough, such compromises are no longer needed.