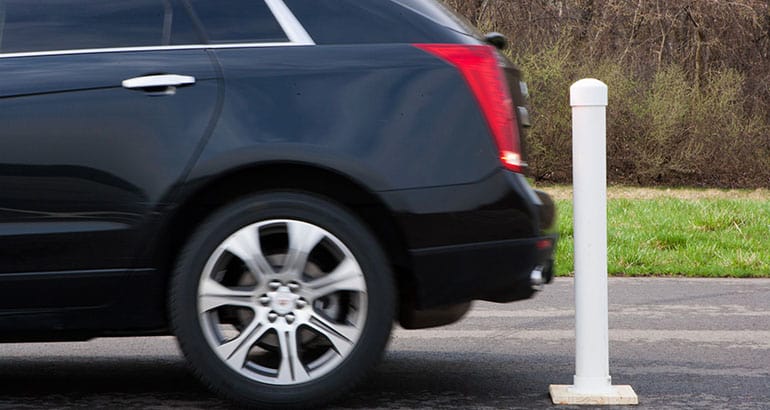 A new study that was conducted by the Insurance Institute for Highway Safety (IIHS) indicates that vehicles having rear-collision avoidance features are less likely to be involved in rear-end collisions.
The study covered vehicles which were equipped with rear parking sensors, rearview cameras, and rear automatic emergency braking. Not all three features were available in every model. The study found that when vehicles had all three features, they had 78 percent less chances of being involved in a rear-end collision that was reported to the police. Vehicles which had only rear parking sensors and a rearview camera but lacked rear automatic emergency braking, were involved in 42 percent fewer rear-end collisions than those not having these technologies. A rear cross-traffic warning system (RCTW) alone can reduce backing crashes by more than 20 percent.

In the United States. rearview cameras will be made compulsory for all cars and most trucks which are built in May 2018 or afterwards with a view to reducing collisions and the incidence of children children being injured when struck by vehicles which are reversing.

Though rear-end collision generally do not cause serious injuries, they cause damage that can be expensive to repair. For example, deliberately reversing a 2017 Subaru Outback into a 2016 Chevrolet Cruze caused damage to the tune of USD 1,899 to both vehicles. Currently, however option packages which include rear-collision avoidance technology can cost even more.

About 83 percent of the participants in CR’s Advanced Auto Safety Systems Survey said they were highly satisfied with their RCTW, while 80 percent were happy with their rearview cameras.
New vehicle technologies are making it more difficult to see things out of a vehicle’s rear and hence these rear-view collision avoidance technologies are more important than ever. Even if rear automatic emergency braking is not available, drivers at least get warned in time so that they can act on their own to avoid collisions.