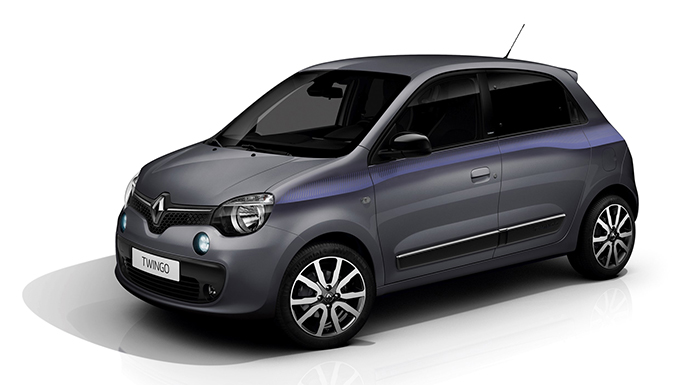 Just recently, Renault’s Efficient Dual Clutch (EDC) transmission, has been launched on its urban runround Twingo. The award-winning city car has been equipped with the cutting-edge automatic gearbox for the popular TCe90 engine just over a year after roll out, providing customers with a number of benefits.

Twingo’s launch suggests that Renault’s EDC transmission is now offered across the majority of its range. EDC is an automatic dual dry clutch transmission that dispenses with the need for a clutch pedal. Gearshift control is of the ‘P-R-N-D’ type, with an ‘up/down’ shift mode. The ideal gear is chosen by an electronic control unit (ECU) and gearshifts are both comfortable and automatic.

The launch of the EDC transmission provides both drivers and passengers with a smooth journey, made possible by an ultrafast shift time of 290ms. Featuring ‘creep’ control, the transmission also helps the driver in crawling traffic, pulling away progressively upon release of the brake pedal. Moreover, the transmission offers Hill Start Assist as standard, ensuring safe hill activates when paired with the ‘creep’ control system.

The 0.9-liter 90hp turbo engine of the Twingo EDC also comes with Renault’s ECO mode, reducing fuel consumption by up to ten percent. Actionable by the driver, the mode alters the management of the gearbox ECU, enabling gear shifts at lower rpm.

Twingo’s specification have also been changed, with six-spoke 15” inch ‘Ariane’ alloy wheels becoming standard on Dynamique trim, replacing the 15” ‘Exception’ alloys. Customers can also choose from the option of having extra-tinted rear windows on Dynamique and Dynamique S trim levels.

The Twingo boasts an extraordinary rear-engined, rear-wheel-drive layout that makes it both spacious and compact. Given that the engine is mounted at an angle of 49 degrees to the vertical, the Twingo still manages to offer a spacious boot of between 219 (seats in cargo) and 980 liters (seats folded). Another benefit of this mechanical layout is the class-leading turning circle of less than 8.6 meters, because the engine does not restrict the movement of the front wheels.

The Renault Twingo is available in four versions, powered by a selection of two three-cylinder engines—a 0.9-liter 90hp turbo or a 1.0-liter 70hp normally aspirated unit. It is connected to the outside world through the standard smartphone-operated R&GO® feature or Renault’s optional R-Link multimedia system featuring a seven-inch touchscreen. The car also offers a wide range of personalization options so that buyers can have a bespoke car.