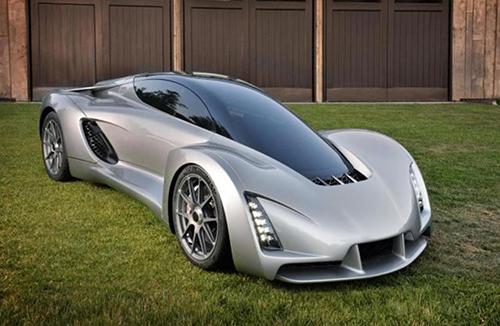 The PSA Group, which produces Peugeot cars has joined hands with Divergent 3D and Altran, an engineering R&D firm to explore a radically different way for 3D printing and assembly of automobile chassis in volume.

PSA Group is hoping that using Divergent 3D’s technology as part of its manufacturing processes will make the automotive manufacturing process more efficient. The company has finalized a Strategic Partnership Letter of Intent that covers several joint development projects with Divergent 3D as part of its efforts to establish a long-term relationship with the company in order to transform the design and manufacture of overall vehicle structures. The ultimate objective is to design and develop vehicles that are safer, lighter, more cost-efficient and are environmentally responsible.

Divergent 3D has developed a software-hardware Divergent Manufacturing Platform that makes production of 3D-printed car chassis much cheaper as it minimizes the need for expensive hard metal tooling and stamping equipment, as well as the related. Costs are reduced by 10 times or even more. When it comes to weight, using the platform can reduce the structural weight of a standard five-passenger car by over 50%. According to Divergent 3D founder and CEO Kevin Czinger, the part counts also reduce by 75%.

The new technology involves combining 3D-printed aluminum nodes, or connectors, which are made using direct metal laser sintering (DMLS) using an assembly method similar to fashioning structures from LEGO blocks. It takes only a few minutes to assemble laser-cut tubes made of carbon fiber with the nodes and the resultant structure is very strong, and very light structure. DMLS can be used to make both metal nodes and molds for non-metallic parts. According to Czinger, the metal nodes alone are made of aluminum powder 4046, which is also known as high-silicon aluminum. He claims this aluminum is superior to standard T6 cast aluminum. While the nodes made with the material are 10% to 15% lighter than T6, they exhibit equal stiffness.

From an environmental perspective, making cars, especially electric cars, has a very bad effect on the environment. Though 3D printing cannot be used for making the entire chassis as it would be too time consuming, Czinger said that making the structure of the chassis using his method would reduce the need for capital-intensive equipment, pollution and the product cycle problems of the auto industry.

He said, “We use 3D printing to create those connectors with low-cost aluminum extrusion plus lightweight, aerospace-grade carbon fiber that’s also low cost because we’re using already characterized carbon fiber structural pieces, versus wet layup methods. He went on to add that they then assemble the modular structures precisely in such a manner that there is no need for welding or fixturing. The assembly platform can be used across a broad range of car models, as it is not design-specific. Hence, there is no need for any reprogramming or refixturing. A change in design just calls for a change in software in instead of a tooling change.”

This method will lower the high cost of entry into the automotive sector as it minimizes the cost of capital equipment. Divergent 3D was able to prove to the PSA Group that by using this method, it was possible to outperfom the structural materials that are currently used in the car industry.

Carlos Tavares, chairman of the managing board of PSA Group, said, “This has the potential to dramatically scale down the size and scope of our manufacturing footprint, reduce overall vehicle weight and build complexity, while also giving us almost limitless flexibility in design output. We are talking about a radical change for our industry.” PSA group’s three car brands are Peugeot, Citroën, and DS.

Altran issued a statement saying that as part of its new vehicle architecture initiatives, it will support the   implementation and licensing of its manufacturing technology platform across the continent. Altran has taken a minority stake in Divergent 3D and will work with the company across the globe as a strategic development partner, leveraging its vast network of relationships in the automotive and other industries.