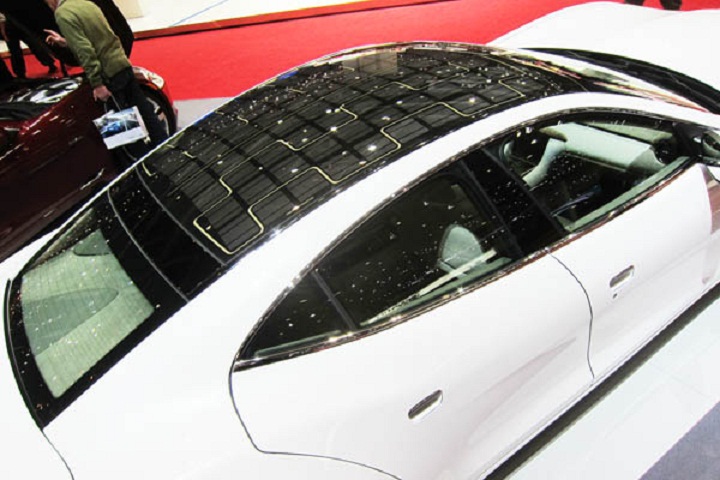 Panasonic has come up with a full-length solar roof for the Japanese variant of the Toyota Prius Prime plug-in hybrid. Panasonic claims that the roof it has made offers several advantages when compared to the automotive solar panels of the past due to its higher output.

The panel has the capacity to produce an output of 180 watts of electricity, which is adequate to power car accessories and also to charge the lithium-ion batteries. Based on facts given by Toyota, the panel can increase the range of the car by 3.7 miles when it is parked and it can also help charge the car while it is moving. It is also compatible with the current design of the Prius roof and there is no need to make any changes in the design of the roof.

Panasonic is very closely linked to Tesla and has tied up with the electric car manufacturer to make batteries at the Tesla Gigafactory in California. After Tesla acquired SolarCity, the two companies had revealed plans to collaborate on solar cells, though these seemed to be more oriented towards the home solar panel market. Mask had tweeted about the possibility of automotive solar panel roofs for the Model 3. This looks quite likely in view of the fact that Panasonic, which has close links with Tesla has already worked on automotive solar panels for Toyota.

Panasonic said in its press release about the automotive pa=solar panel for the Prius that it is seeking to expand its business in this area. It is looking increasingly likely that Tesla and Panasonic will collaborate on a similar roof for the Model 3.