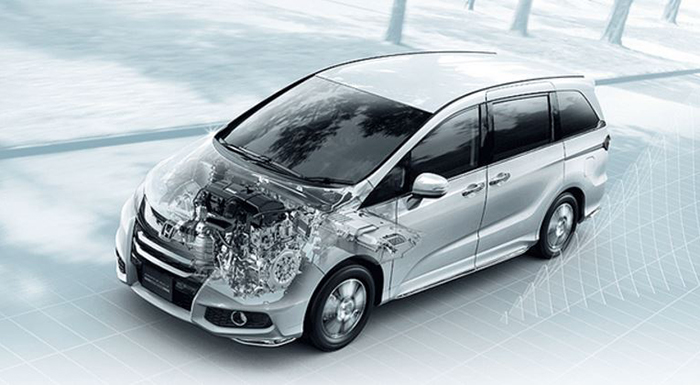 The two motor hybrid system, which was used by Honda in the Accord Plug-in Hybrid and Accord Hybrid, has undergone huge updates for use in the all-new Odyssey Hybrid that hit dealerships in Japan earlier this month.

During a test drive, hybrid engineer Jiro Kuroki said in an interview that the automaker could use the updated system in a future version of the Accord, but nothing has been decided yet. Honda anticipates that fully one half of its domestic Odyssey sales will be hybrids.

The Japanese version of the Odyssey varies greatly than that of the US version as it is a smaller car built on a totally different platform. To date, it is marketed in 22 countries worldwide, mostly in Asia and the Middle East. Kuroki said that Honda does not have any plans to add a hybrid to the U.S. version as it does not see any demand for it.

Strangely enough, Honda spearheaded the hybrid vehicle parade earlier this century when it launched the original Insight that is equipped with a single electric motor. Since then, two motor systems have become trendy, with the Chevy Volt leading the way.

The automaker also mentioned that Panasonic will supply the batteries for its new hybrid cars.