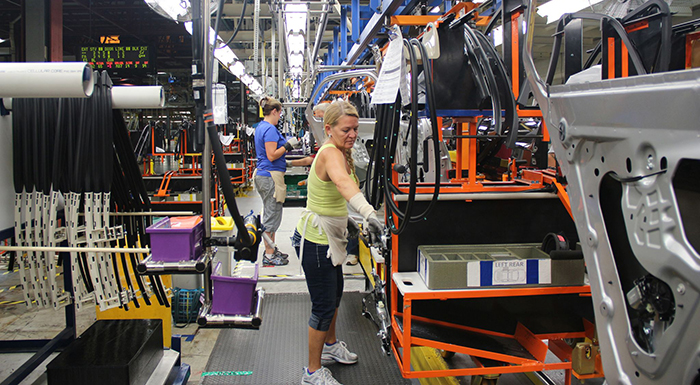 General Motors will reportedly invest $148m for the production of Small Block 6.2L V8 engines for SUVs and trucks at its Spring Hill production facility in the United States. The American company aims to modernize the flexible assembly and machining equipment to manufacture the engines.

The investment is part of bigger $709.4m investment plan that GM had announced after last year’s UAW-GM national agreement. For the first time, the Spring Hill facility will manufacture V8 engines and the company has also announced investments of over $1.35bn for Spring Hill operations since 2010.

The aluminum Small Block engine has a set of technology to offer for performance and efficiency, including continuously variable valve timing, direct injection, and Active Fuel Management (cylinder deactivation).

In a statement, Arvin Jones, GM North America, manufacturing manager, said that this investment would position GM and its workforce to quickly respond to consumer demand for this engine in the popular SUV and truck segment. He added that the flexibility of Spring Hill’s engine machining and assembly equipment is enabling GM to respond cleverly when extra engine variant capacity is required.

GM revealed that the equipment modernization will kick off immediately and the production of V8 engines will start during the last quarter of this year.

Commenting on the company’s move, UAW Local 1853 chairman, Mike Herron said that Spring Hill and its employees have a reputation for generating award-winning 4-cylinder engines. “We appreciate GM recognizing these outstanding skills with the opportunity to build V8 engines for some of GM’s most popular full-size trucks and SUVs.”