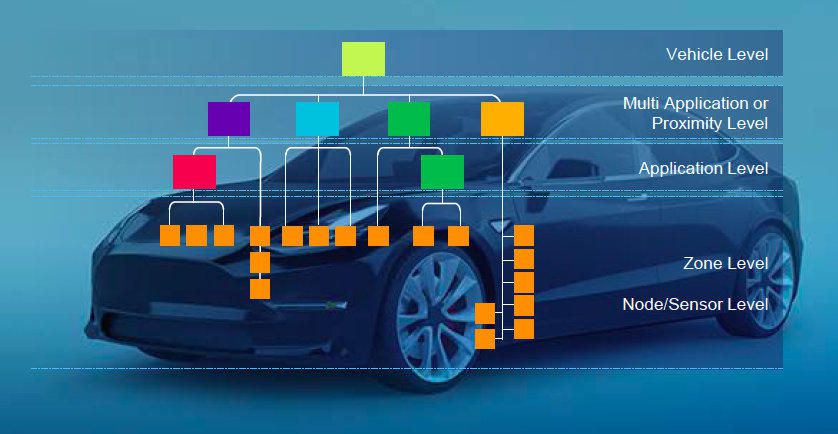 One challenge that automakers face when it comes to the development of future oriented cars with connected technology is that there can be a complex mix of applications and approaches to software that slow down the development process. According to industry experts, an advanced vehicle might need more lines of code than even a passenger aircraft. NXP Semiconductors has come up with a completely new new control and compute concept called the S32 platform that cab be used for connected, electric and autonomous cars. The company says that it is the first fully-scalable automotive computing architecture in the world. The platform offers a unified architecture of microcontrollers/microprocessors (MCU/MPU) and an identical software environment across application platforms in order to address the inherent challenges associated with developing a modern vehicle that will offer rich in-vehicle experiences and automated driving functions to customers and will help bring vehicles much faster to market. According to NXP, eight of the top 15 car makers have already taken to the NXP S32 platform for upcoming models.

The company says that using the S32 platform can reduce software development effort by 90 per cent within application domains, and by more than 40 per cent across application domains. It also has the capability to deliver unprecedented levels of automotive safety, security and over-the-air (OTA) capabilities.

Commenting on the new product, Matt Johnson, senior vice president and general manager, product lines and software, auto MCU and processors at NXP Semiconductors said that the company’s projections of what the future of the automotive industry would be like led it to re-evaluate the interrelationship between hardware and software. It was felt that in order to build the software needed in the future, it was necessary to reinvent the hardware.

NXP’s new S32 platform offers users an identical software development environment across vehicle applications and allows developers to reuse costly research and development work and thus respond quicker to changes in vehicle architectures and intense time-to-market demands. The platform organizes the zones around different aspects like the cabin, drivetrain and chassis, connectivity, and chassis. It offers a common architecture and a scalable approach that would be of immense benefit to automakers when it comes to making vehicles in the future.