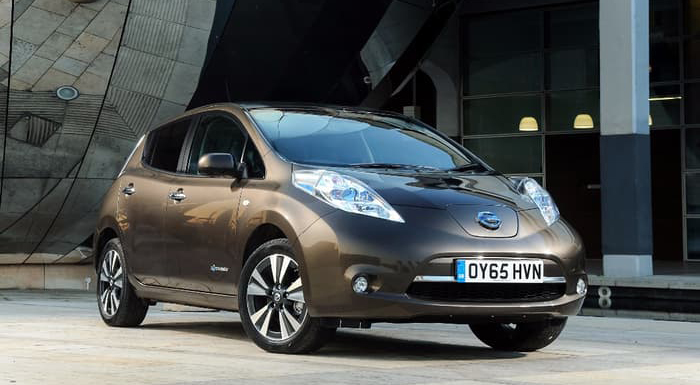 Nissan Uses Chemistry to Give Batteries a Boost

With the continuing push towards mainstream electric vehicles, leading automakers are doing everything they can to squeeze additional range out of their batteries. Japanese automaker Nissan has been working away in chemistry class, and claims it has discovered a way to possibly enhance the performance of its Li-ion batteries utilizing silicon.

Nowadays, most Li-ion batteries utilize materials such as graphite for their anode because they are conductive and expand discreetly when fully charged. Though crystalline silicon can hold more lithium than these traditional carbon-based materials, it swells hugely when full, which makes for quick deterioration during usual charge cycles.

In an attempt to harness the potential benefits of utilizing silicon in Li-ion batteries, the Nissan team utilized computer simulations and structural analyses to get a better understanding of the atomic makeup of silicon in its amorphous form. After the study, it became clear that, like its crystalline cousin, amorphous silicon monoxide holds more lithium than carbon-based materials, but does not decline over the course of repeat charge cycles.

If harnessed properly, the technology could enable engineers to store more Li-ions in their batteries, making for better range.

According to Takao Asami, Senior Vice President of Nissan Motor Co., the use of this analysic method in their upcoming R&D would surely contribute to extending the cruising range of future zero-emission vehicles.

The study was carried out by Nissan, along with one of its subsidiary companies, Japan’s National Institute for Material Science, Tohoku University, the Japan Science and Technology Agency, and the Japan Synchrotron Radiation Research Institute.