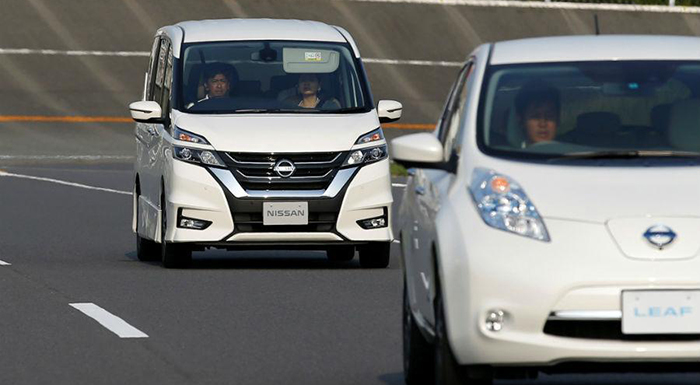 The automotive world was left in awe by Nissan’s recently unveiled technology that enables almost hands-free highway cruising as its next step toward autonomous cars. The Japanese automaker cautioned that automotive manufacturers should warn regarding the right usage after the recent deadly crash of a self-driving Tesla.

According to Nissan, the revolutionary technology, called ProPILOT, will initially be deployed in a redesigned Serena family van slated to go on sale in Japan late next month. Meanwhile, next year, it will be featured in the Qashqai crossover in Europe. Vehicles in China and the USA will get the technology later.

ProPILOT is claimed to allow single-lane semiautonomous driving in highway conditions as well as to follow the car ahead, track lane markers and judge curves. It also keeps a safe distance from the preceding vehicle by modulating speed and can apply brakes to bring the car to a stop when required. Moreover, the technology self-steers the car to keep the vehicle centered in the lane and traveling smoothly around curves.

While the system enables drivers to take their hands off the wheel, it does not tolerate doing so. On the steering column is a torque sensor that detects whether a hand is at helm. If not, a warning light is activated. In the event the driver still does not take hold, a warning beeper begins to chime. If there is no grip for a number of seconds, the autonomous function disengages.

Nissan executives underscored that vehicle manufacturers should take the initiative in warning drivers of the limitations of autonomous technology and in reminding them that they are the final line of defense against crashes.

ProPILOT is the initial step of a three-stage ramp up to urban autonomous driving in 2020. Becoming a key player in autonomous cars, as well as EVs, is a pillar of CEO Carlos Ghosn’s strategy to rebrand the company as a technological innovator.

The self-driving technology eyes to dent the 93 percent of all traffic accidents that Nissan claims are caused by human error. The target is a car that detects dangerous scenarios and prevents them before drivers are aware of the impending risk.

Nissan intends to build upon ProPILOT with a more state-of-the-art system due around 2018 that will enable automated driving across a number of lanes. The launch will result in a state-of-the-art autonomous system that will enable “intersection autonomy” by around 2020. Nissan promises the function to enable cars to navigate city intersections and urban traffic without driver intervention.

The Japanese automaker, together with its French alliance partner Renault, plans to unveil over 10 vehicles with autonomous driving technology in the next four years.