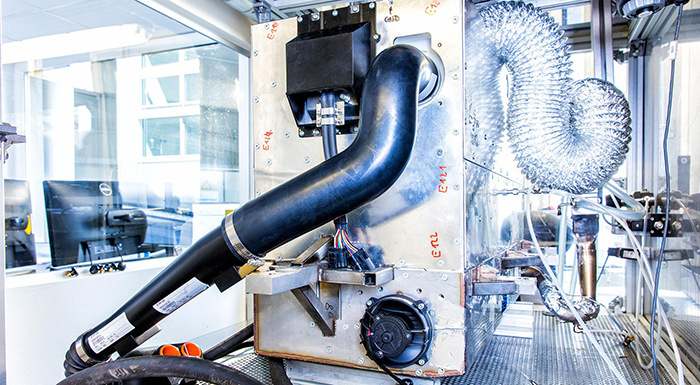 Nissan Motor Co. has recently developed a new kind of fuel cell drivetrain for cars that utilizes an onboard tank of ethanol in lieu of pressurized hydrogen, delivering a safer and more affordable ride that it claims is more user-friendly.

E-bio fuel cells must also be less expensive than conventional hydrogen systems because they do not need the costly carbon-fiber storage tanks for pressurized hydrogen or expensive precious metals such as platinum as catalysts for electricity generation.

Nissan targets to bring the technology to market in fleet vehicles by 2020.

In a statement, Executive Vice President Hideyuki Sakamoto said that by employing this fuel, it could have a wider application. He added that they do not need a hydrogen infrastructure, and that is the biggest advantage, along with better safety.

The Japanese automaker’s system shares its basic technology with the conventional fuel cell systems in such vehicles as the Honda Clarity or Toyota Mirai fuel cell sedans.

It even needs hydrogen to be fed through its fuel stack to produce electricity. And just like those existing vehicles, it employs that electricity to power an electric motor that drives the car. Excess electricity is also stored in an onboard battery.

However, the huge difference is that Nissan’s system produces its hydrogen inside the car. It does so through an extra step handled by a component called the reformer. It transforms ethanol in the fuel tank into hydrogen, which is then fed into in the fuel stack. In a conventional hydrogen fuel cell car, there is no reformer. The fuel tank of the car carries pressurized hydrogen which is pumped directly from a fueling station.

Nissan claims that its system has a number of advantages despite the additional step.

First, ethanol is more widely available than hydrogen, making it a whole lot easier to present the drivetrain technology. Plus, it does not need a special fueling station.

Second, ethanol is claimed safer to use than hydrogen because it is not as combustible. Moreover, Nissan’s system operates at a higher temperature. This suggests that it does not require expensive precious metals as catalysts. Costs are further reduced as the fuel tank is not a high-tech carbon fiber pressurized capsule.

Ultimately, the fuel does not need to be pure ethanol. It can even be a combination of up to 55 percent water, which further brings down the cost of the operation.

On the other hand, Nissan revealed that it has to enhance the system’s heat management because swings from hot to cold extremes put pressure on durability. And since it works best at high temperatures, driving response lags until the system heats up.

Additionally, traditional fuel cell cars have zero emissions, which means they give off only heat and water vapor. Nissan’s new system emits heat, water vapor and carbon dioxide. This is because carbon dioxide is a byproduct of the onboard reformation of ethanol into hydrogen.

However, Nissan argues that the system is carbon neutral when counted wheel-to-well. This is because the carbon dioxide released is ultimately seized in the crops that are harvested to make the ethanol. Hence, carbon is contained in a closed loop.

Despite the development of the new technology, Nissan revealed it has not given up on conventional hydrogen fuel cell systems. The automaker will continue developing the technology in line with its collaborators Daimler AG of Germany and Ford Motor Co.