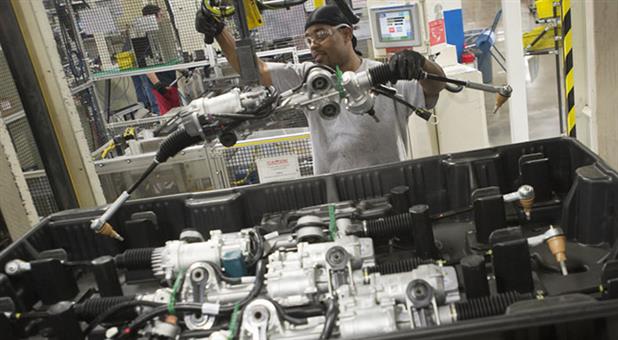 In a bid to move closer to its customers, Nexteer Automotive, which specializes in steering and driveline technology, has shifted to a new headquarters located in Auburn Hills in Michigan from Buena Vista Township in Saginaw County.

According to a statement from Nexteer, 150 employees will work from the new headquarters to support the corporate activities of the global company which has 13,000 employees spread across the world, including over 5,000 in Michigan.

Nexteer’s headquarters which is a leased building covering 52,000 square feet involved an investment of USD 4 million and and was formerly used by TI Automotive. The facility was formally opened in the presence of a crowd consisting of leaders from the government and industry, Nexteer customers and employees.

Speaking at the event, Mark Decker, vice president and chief human resources officer, said that at least one-third of the employees at the new headquarters are new while many employees took transfers from Saginaw County and several would commute by company shuttle to Saginaw County.

“We view this, the establishment of our global headquarters, as an invaluable opportunity to establish a centralized hub for growth and innovation,” Decker said.

Nexteer had announced the headquarters move in early 2015. The company has six factories in Buena Vista Township, where its global engineering and technology center and North American pision offices continue to be located.

According to Mike Richardson, senior vice president, executive board director and chief strategy officer, the company shifted to Auburn Hills to be closer to its customers. The move will improve access to suppliers and core industry groups. The new office is technologically advanced and facilitates a higher level of collaboration with an open work space and better connectivity to the company’s other locations across the globe.

“This space was intentionally designed for the future of Nexteer,” Decker said.

Nexteer is listed on the Hong Kong Stock Exchange and has over 50 customers. It specializes in electronic power steering systems, hydraulic steering systems, steering columns, driveline parts and advanced driver-assist systems and autonomous technologies that are made at 21 manufacturing plants spread across the world. The company also has five regional engineering centers and 11 customer service centers. Nexteer also is creating a technology incubator group at its offices in Troy, where it will focus its work on advanced driver assistance systems.

Nexteer’s high profile customers include those like Ford, BMW, FCA, General Motors Co., PSA Peugeot Citroen, Toyota Motor Corp., Volkswagen AG and automotive manufacturers in China and India. Last year, the company posted revenue of USD 3.4 billion and it has USD 24 billion of business booked and ready to launch over the next four to six years, Richardson said.

Nexteer was earlier a part of General Motors’ Saginaw Steering Gear pision and became a part of Delphi Corp. when it was spun as off as a separate company in 1999. When Delphi faced bankruptcy, GM bought back its steering plants in 1999 and sold Nexteer to Pacific Century Motors in 2010 for USD 450 million. In the years since, China’s AVIC Automotive became a controlling shareholder in the company and invested almost USD 500 million in the company while adding 2,000 new staff.

According to Guibin Zhao, chairman, executive board director and CEO of Nexteer, he would prefer the company to be seen as a “global company” rather than a “Chinese company”.