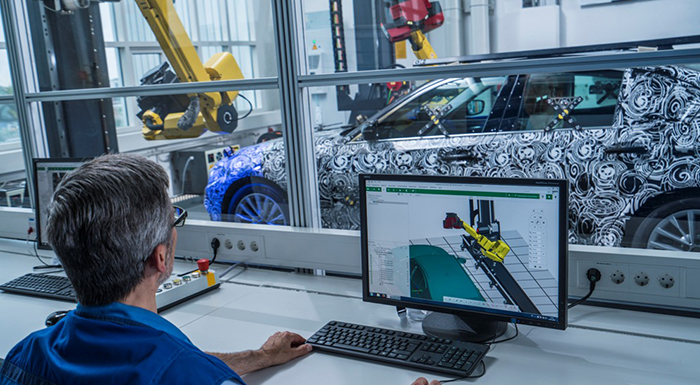 The next generation of the BMW 5 Series Sedan is one lucky car as it will be first to benefit from the company’s revolutionary 3D data modeling technology.

The luxury German automaker says that a set of freely moving robotic arms with sensors are utilized for developing a 3-dimensional model of the vehicle. It claims that the precision is less than 100µm, enabling for barely visible deviations to be spotted at an early stage.

BMW adds that the new optimal measuring cell is deployed at the interface stage between development and series production. Presently, the company is testing the next-gen BMW 5 Series Sedan, which is the first-ever vehicle to be tested with this technology and is slated to hit showroom floors next year.

The testing cell utilizes two robotic arms mounted each on longitudinal axis for mapping a vehicle. They occupy a small space and capture images in parallel in an optimum working range.

Each of the sensors mounted on the robotic arms can capture around 80 x 80 cm of space each. All the scans are merged to form the final 3D image of the entire vehicle. Data analysis can instantly show any deviations and enable the production pision to take the required actions at early stages.

According to BMW, the 3D mapping process can also be automated and performed at off-peak hours or at night, so that the measuring cell can be utilized optimally. Aside from this, given that the test results are quick compared to manual inspections, update cycles can be reduced considerably and can boost productivity at the facility.

In a statement, BMW Group geometric analysis, total vehicle measuring technology and cubing head Eduard Obst, commented that they are thrilled to reach this milestone in preproduction with the optical measuring cell, adding that a single measurement gives them a 3D data model of the total vehicle.

Obst concluded that lengthy inpidual measurements and data collation are no longer required—saving time and improving quality at the beginning of series production.