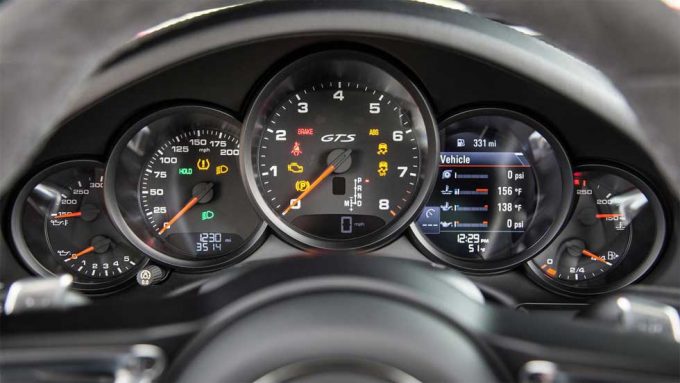 Porsche has already announced its plans to launch an entirely new generation of the highly popular 911. One of the technical innovations that will be seen in the new 911 is a digital instrument cluster. The only remaining physical component is likely to be a center-mounted tachometer.

Reportedly, the new digital instrument cluster will have several configurable displays that motorists can choose from , depending on the driving mode that they choose to use at a particular time. This innovation will give drivers access to more information on active safety features like the adaptive cruise control..

The Porsche 911 was originally launched in 2011. The current 991 generation was revamped back in 2015 with a slew of ‘991.2’ updates. These included a new range of turbocharged engines. The forthcoming eighth-generation 911 will be built using a new modular platform and will be notable for feature a wider range of powertrains – and this will be the first time that a Porsche 911 will come with the option of a hybrid powertrain.

Porsche is currently working on a pure-electric production version of its concept vehicle, Mission E and this is slated to enter into production by 2020. Other new models that Porsche is planning to launch, like the new Panamera and the all-new Porsche 911 will have hybrid variants to offer greater choice to Porsche fans.