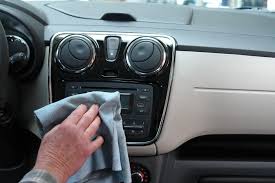 A study by car retailer, Motorpoint in the UK found that about 20 per cent of motorists in Britain cleaned the interiors of their cars three times a year or less. This caused bacteria to thrive in areas like the trunk of the car and the area for driver controls. The average British motorist cleaned the interiors of about nine times annually. Nine per cent admitted that they cleaned their thoroughly twice a year or even less.
These statistics need to be considered in light of the fact that as many as 94 percent of the motorists said that they had eaten or drunk in their car while 58 percent had their pets as one of their passengers.

As part of the study, Motorpoint scrutinized 20 key areas of a vehicle interior. These areas were swabbed and then cultured, in order to allow the bacteria obtained from these areas to grow for five days.

The study indicated that the area that was dirtiest was the truck with other areas that were most hospitable to be germs proving to be the driver footwell, cup holder and seatbelt buttons. The three areas that were the cleanest were the rear-view mirror, the steering wheel rim and the gear lever.

Commenting on the results of the study, Alison Weatherley, head of marketing at Motorpoint, said that they were quite revealing and indicated that motorists perhaps needed to clean their vehicles more often that what they currently think is an acceptable frequency. With many motorists eating and drinking in their vehicles and using them to transport young children and pets, it is important that they get them cleaned both internally and externally on a regular basis to avoid any adverse effect on their health.