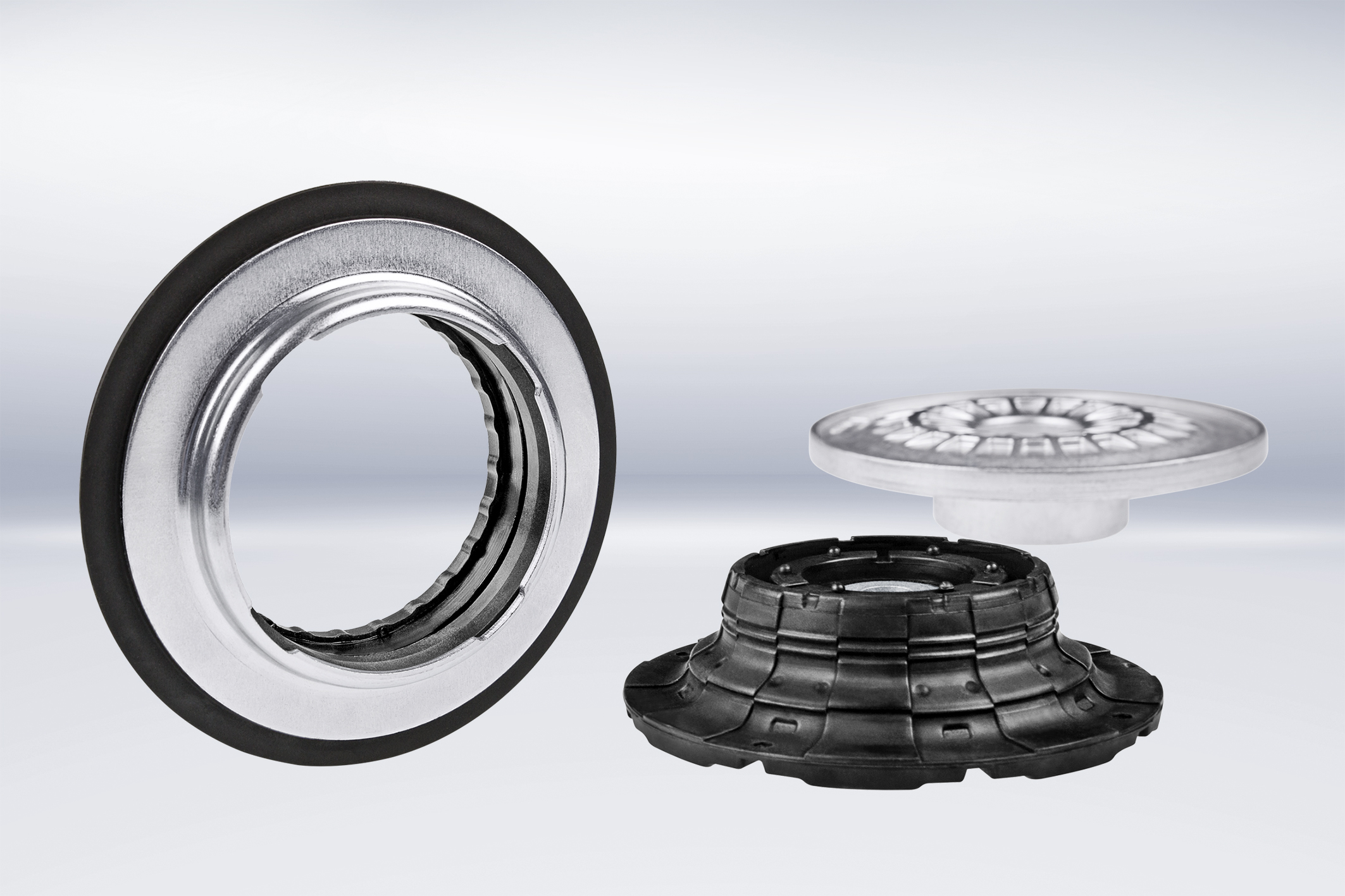 MEYLE has developed a new MEYLE-HD strut mount that can be used for strut mount repairs on both the VW T5 and T6 van models. MEYLE is thus the first aftermarket supplier to offer such an all-in-one repair kit that comprises all tools needed to perform strut mount repairs including rolling bearing, forged spring plate and strut mount. Due to targeted technical refinements, it is fully compatible with both VW models, the T5 and the T6 and can last even longer than its OE equivalent.

VW vans have a huge following among customers. Nevertheless, the drive and suspension parts of these models are particularly vulnerable to high stress during operation. As the T% and T6 models have a high center of gravity, the strut mounts experience considerable strain when driving off, cornering and braking, and even when the vehicle is empty. Transporting a heavy load in the van will further increase the stress on these parts and cause them to wear out at a fast rate.

MEYLE engineers developed performance-enhancing design modifications to come up with a pioneering MEYLE-HD strut mount that can offer a significantly longer service life when compared to its OE counterpart. The rolling bearing has a larger number of balls thus facilitating a more even load distribution. The spring plate has been forged rather than cast, as in the case of the OE part. This makes the MEYLE‑HD component stronger and less vulnerable to cracking.

The MEYLE-HD strut mount kit is the first such full-service aftermarket product for repairing the T6. The components of the kit have been specially designed so that they offer full backward compatibility with the T5 model. Hence, even T5 drivers struggling with premature strut mount failure can use this stronger T6 strut mount to avoid expensive repairs.