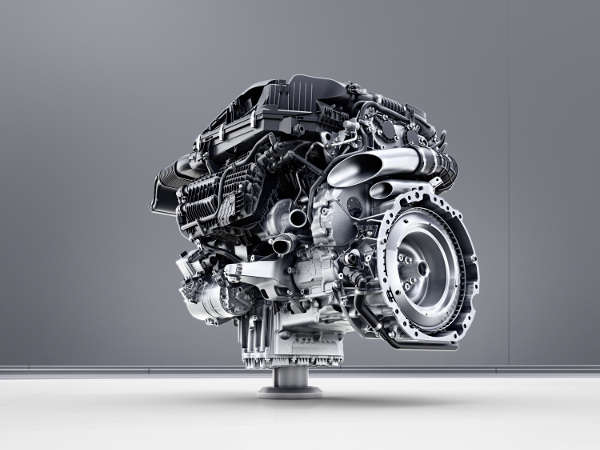 In 2016, Mercedes-Benz had unveiled a new range of inline four and six-cylinder engines for their performance models, thus marking an end to the domination of the economical “V” configuration. Mercedes-Benz had not designed these engines with a view to ramping up the performance factor, but to with a view to electrify their models. In line with this strategy, Mercedes-AMG is likely to shortly debut a new “53” hybrid powertrain in the 2018 CLS four-door coupe. This powertrain will be a turbocharged variant of the M256 inline six cylinder engine which has been tuned to produce 430 hp and will paired with a 70-horsepower electric motor.

Thus, the new CLS53 will be definitely more powerful than the current Mercedes-AMG E43 and even its turbocharged V-6 variant. In fact, the CLS53 will almost be as powerful as the 503-horsepower C63 S.

Based on media reports, the “53” hybrid powertrain is likely to debut in the entry-level AMG, replacing the -43 models and will be slotted below the twin-turbo V-8 engined models in AMG’s top range cars.

These models will not be typical plug-in hybrids and run on electricity alone. But the electric motor is likely to have a “mile” hybrid component that can be used to complement the internal combustion engine under load and recover some energy through regenerative braking.

Eventually, the 53 hybrid powertrain might be seen in the AMG models of the E-Class sedan, coupe, and convertible, as well as the S-Class sedan.