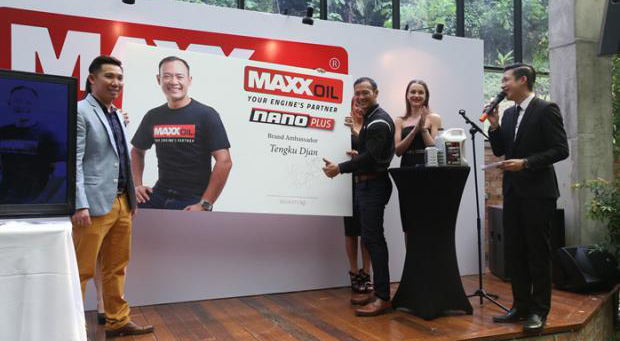 Making the lubricant special is a mechanical element that protects the engine’s critical components. It contains billions of nano-particles, also known as diamonds, that act as tiny ball bearings protecting the engine’s internal surfaces. These diamonds minimize friction between moving and stationary parts to minimize wear and tear, heat, as well as drag; hence, boosting the engine’s overall potential and efficiency. Once they stick to the microscopic pores of the metal’s surface, a lower friction layer called ‘tribo-film’ is formed, which protects the metal surface.

The MaxxOil NanoPLUS range of semi- and fully-synthetic oils comply with the current American Petroleum Standards (API) set by most European, Japanese, and American automakers and is designed for use by most types of car engines.

The racer is anticipated to feature in a series of promotional activities in Malaysia, Thailand, Singapore and Indonesia to further boost MaxxOil’s regional presence.