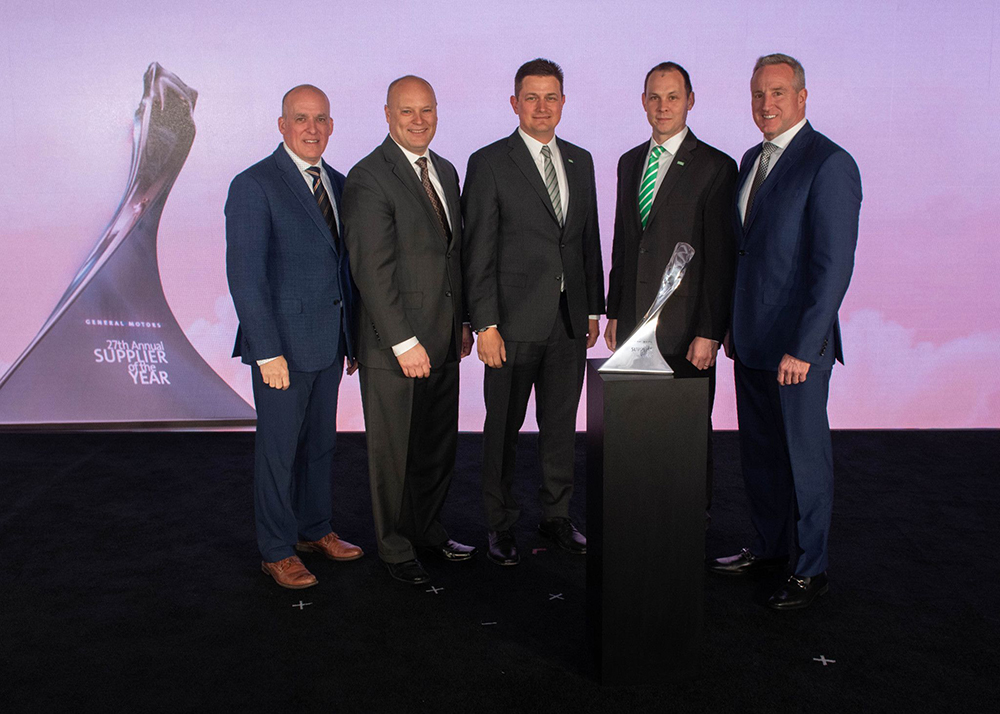 Mann+Hummel Wins Supplier Award from GM for the 24th Time

Leading German component and technology provider Mann+Hummel was named as a Supplier of the Year by General Motors for the 24th time. The announcement was made at GM’s 27th annual ‘Supplier of the Year’ awards ceremony which was held in Detroit.

Commenting on the accolade, Steve Kiefer, GM senior vice-president, Global Purchasing and Supply Chain said that the company expects its suppliers to follow high standards. According to him, Mann+Hummel went above and beyond their mandate to deliver innovations and quality that helped GM to earn customers for life.

Kurk Wilks, president and general manager OEM at Mann+Hummel, accepted the award on the company’s behalf along with Bill Peers, Director Global Sales for GM. Speaking at the ceremony, he said that General Motors is one of Mann+Hummel’s longstanding customers and the company is remains committed to aligning with GM’s business priorities. He added that it was a great honor to receive the  Supplier of the Year award for the 24th time, saying that it highlighted the deep commitment that every employee at Mann+Hummel had to the company’s longstanding partnership with GM.

Over half of the suppliers this year are those who have won supplier awards in 2017. The jury for the supplier awards was a global team comprising GM purchasing, engineering, quality, manufacturing and logistics executives. The winners of the award were selected based on rigorous performance criteria related to Product Purchasing, Global Purchasing and Manufacturing Services, Customer Care and Aftersales, and Logistics.

As part of the awards, GM recognized 133 of its best suppliers drawn from 15 countries. The chosen suppliers were those who had consistently exceeded GM’s expectations, created outstanding value or introduced innovations to the company.