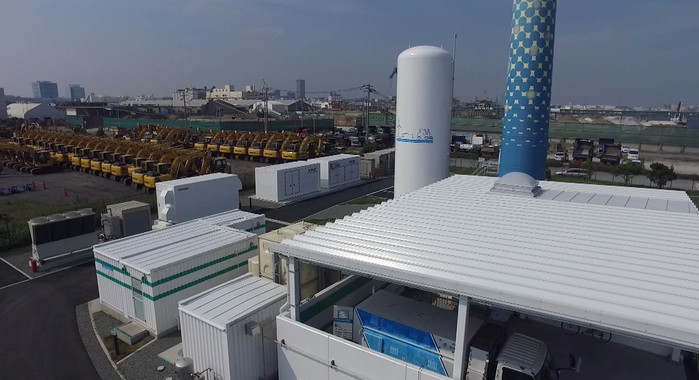 Leading Japanese companies like Toyota, Nissan and Honda have teamed up in a consortium comprising eleven companies to form a new company by mid-2018. This company would be engaged in the development of hydrogen recharging stations (HRS) for fuel cell vehicles (FCVs).

The new company will be part of the drive to expedite Japan’s hydrogen initiative and achieve the goals that have been set by the Japanese government and industries regarding the development of hydrogen recharging stations. The Council for Strategy for Hydrogen and Fuel Cells is an industry body that was organized by the Ministry of Economy, Trade and Industry (METI) and released a ‘Strategic Road Map for Hydrogen and Fuel Cells’ according to which the initial target when it comes to promoting hydrogen fuel cell vehicles is the installation of 160 stations and sales of 40,000 fuel cell vehicles by FY2020.

The goal of the new company is to increase the extent of the collaboration between infrastructure developers, automotive manufacturers and financial institutions to simultaneously accelerate and scale up Japan’s deployment of HRS and FCV.
The operations of the new company will be financed through contributions from the companies, subsidies from the national government and initiatives of local governments and will use these resources to develop its own original ‘Hydrogen Recharging Station Deployment Plan’, and to help create an environment in which many roadusers will enjoy using FCVs in Japan.

The key point is to make usage of FCVs more convenient and this would mean improving the convenience of stations. The consortium had already begun coordinating with the Association of Hydrogen Supply and Utilization Technology (HySUT) to work on actively expanding the market through measures like extending the number of service days per week to meet increased demand.

The new company will also work with external organizations, like the Fuel Cell Commercialization Conference of Japan (FCCJ) and HySUT, to address the cost factor by trying to solve issues like standardisation of equipment and revision of regulations.

The infrastructure developers in the consortium will be involved in investing, constructing and operating the hydrogen recharging stations on behalf of the new company, while the automakers will contribute financially to the operations of the new company to help deploy hydrogen recharging stations efficiently, improve convenience for users, and increase public awareness. They will also use their marketing and sales resources to increase the penetration of fuel cell vehicles.

Financial institutions like the Development Bank of Japan will partially cover HRS deployment costs through investments and finance operations of the company till the HRS business becomes commercially viable. This will reduce the burden on infrastructure developers during the first phase and help attract new participants.

The consortium is seeking wider participation by HRS-operating companies and investors with the aim of making Japan a fully-fledged hydrogen society in the near future.