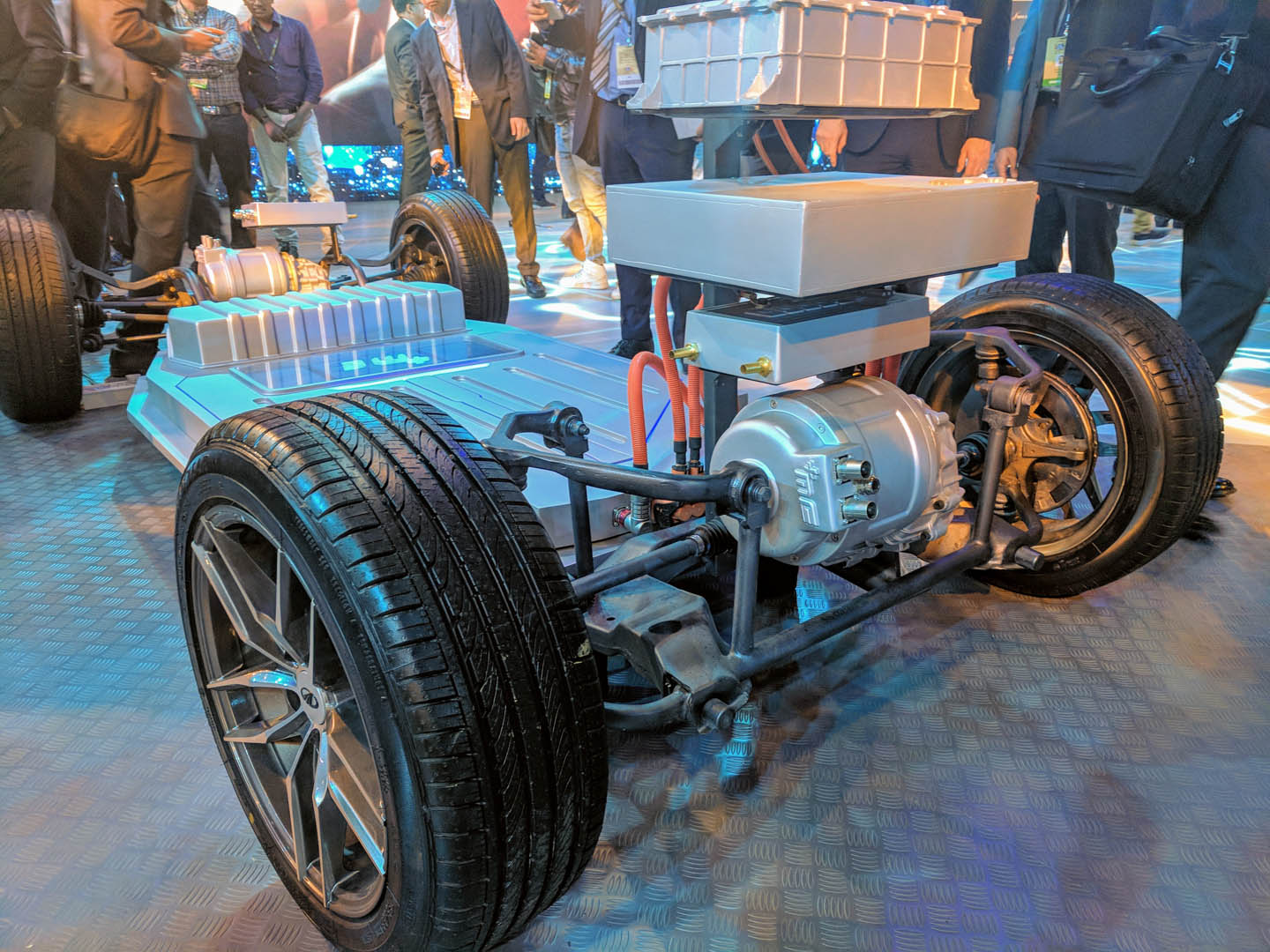 Mahindra & Mahindra used the 2018 Auto Expo in India to unveil its Mahindra Electric Scalable Modular Architecture (MESMA) platform that the company had designed from scratch. The company is one of the pioneers of e-mobility in the country. The Indian government had earlier openly declared its aim of having only electric vehicles on the road by 2030 and all automakers in the country are engaged in a race to develop the most viable electric vehicle technology.

Mahindra worked on its vehicle platform at its research center in Bangalore. The all-new modular architecture facilitates the incorporation of a Lithium-Ion battery pack into the floor of the vehicle. This frees up considerable space within the cabin as the floor is completely flat. The platform has the capability to support multi-motor configurations including either a single 50kW motor at the rear, or a combination of two motors, with one at the front and one at the rear. Thus, it can be used in a wide range of vehicle segments. The company is looking into increasing the compactness of the entire architecture by integrating the motor control unit as well as the power electronics inside the system.

Mahindra Electric is planning to use this MESMA modular platform for an entire range of models and the first vehicle is due to be launched in the next three years with a new model entering production every 12 months, according to Steeven Woolley, CTO, Mahindra Electric.

Woolley said that thanks to its modular design, the battery module can go from a 21kWh to 304kWh battery pack, yielding a range between 240km to over 390km on a single charge. The wheelbase canalso be extended by up to 300mm and even the extra under-seat storage could be used to further increase the battery capacity for a larger vehicle. This could increase the range to up to 590km as per the New European Driving Cycle (NEDC) tests.

In future, Mahindra has plans to develop a MESMA-2 platform, which will be used for mid-size and full-sized SUVs having a dual-motor configuration for more power and torque. Thus, manufacturers will have greater leeway when it comes to drivetrain options including concentric gearboxes for better efficiency.

Another area Mahindra Electric will focus on is the use of hub motors for smaller cars.