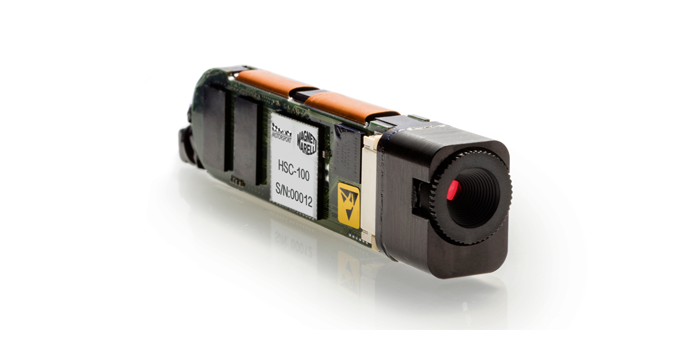 Magneti Marelli recently won the “Motorsport Technology of the Year” award for its high speed safety camera at the Professional Motorsport World Expo 2016 that was held in Cologne, Germany.  The high speed camera was chosen for the prestigious award by a jury comprising 25 sector experts. Magneti Morelli Motorsport’s High Speed Safety Camera is used by all the cars which participated in Formula 1.

The company had developed the micro video camera in collaboration with the Global Institute for Motor Sport Safety and Sustainability, part of FIA (Fédération Internationale de l’Automobile, the International Automobile Federation), and it represents a significant advance when it comes to the application of advanced technology for the improvement of driver safety.

Magneti Marelli’s High Speed Safety Camera is a front-mounted camera aimed at the driver’s helmet. The camera has the capability to film images with a frequency of 400 frames per second. Another distinctive feature of this camera is that, thanks to the elevated frame rate, it has the capability to record high-resolution and very detailed images of the movement of the driver’s neck and head in the event of an accident. This information is highly useful for the reconstruction of the dynamics of incidents and can help interpret data obtained through other sensors positioned on the vehicle (accelerometer, gyroscope, steering angle). The camera has a special device that has been created for the transmission of data, which immediately compresses the videos in H.264 High Profile format and sends the videos through streaming to the FIA Surveillance Data Recorder for archiving, together with the other information supplied by the vehicle.

The winner of the “Motorsport Technology of the Year” award was chosen by a jury comprising 25 international sector experts including Technical Director of Dallara, Andrea Toso, who said that the Magneti Marelli camera offered great potential in terms of safety and fan engagement. He said the camera could change the perception of motor racing as a whole.

The 11th edition of the Professional MortorSport World Expo 2016 was held from November 9 to November 11 in Cologne. Over the past years, the show has evolved as a platform for key players in the automotive industry to showcase new products, technologies and services in the field of motor competition.

Magneti Marelli’s Motorsport division specializes in the development of electronic and electro-mechanical systems for two- and four-wheel competition vehicles. Its range of products comprises systems and related components for engine and chassis control and data acquisition, telemetry systems, powertrains for hybrid and electric applications with electric motors and smart power electronics, and electric and electro-hydraulic systems for gearbox control and software applications.