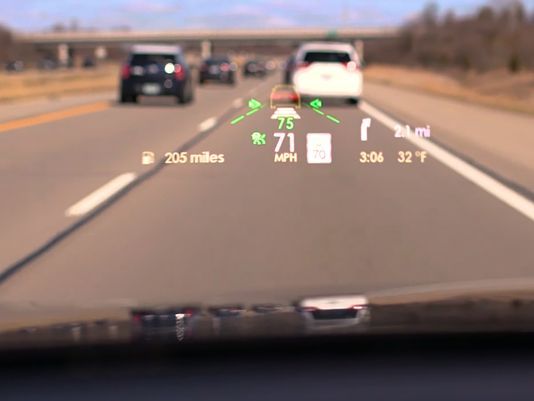 Lincoln has debuted an all-new head-up display (HUD) that the company says has movie theater technology and is the best in its class. This technology is exclusive to Lincoln and the HUD unit will have the brightest and biggest display in its class, thanks to the use of Digital Light Projection (DLP) technology.

DLP makes it possible for the display to be visible in a wider range of ambient lighting conditions. Even drivers wearing polarized sunglasses can now see the display and it is the same technology that is used in digital movie theatres to project movies. Another distinctive feature of the technology is that Lincoln has used reflective coating on the glass and this makes it possible for the car to stay cool in warmer weather.

Lincoln product design engineer Anthony King said in a press release that the company is using a DLP chip from Texas Instruments, while other automotive manufacturers use a different technology does not give displays that are as bright. Lincoln also says that the size of the display is bigger than that of others on the market.

The parameters that are seen on the display can be controlled through the use of steering mounted controls. Motorists can use the controls to customize information received through the HUD and even to control the brightness and placement of the display. The system is likely to be seen first on the 2017 Lincoln Continental.