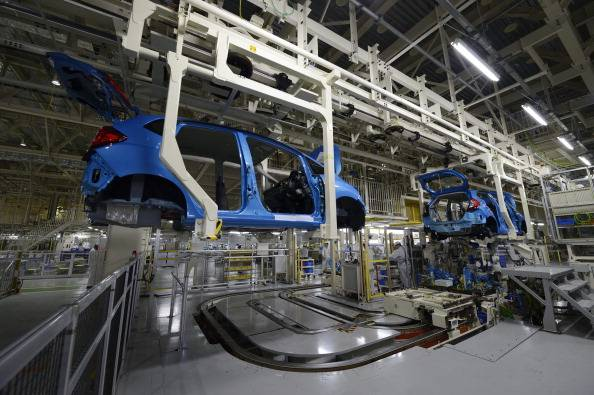 In a bid to make vehicles more fuel efficient, automotive manufacturers are trying alternative materials like carbon fiber and aluminum. Some auto suppliers are turning to wood as a possible alternative for steel. Researchers in Japan say that a material derived from wood pulp is five times stronger than steel while weighing only about a fifth of steel. This sounds highly promising.

The material called cellulose nanofibers could emerge as a viable alternative to steel in the long term though it can expect significant competition from materials that are made from carbon-based materials. The product has not become commercially viable yet and is still under development.

Lightweighting has become particularly important due to the growing popularity of electric vehicles. Countries across the world like France, Britain and India are planning to slowly phase out cars powered by internal combustion engines due to the emissions issue. One problem with electric vehicles is that batteries can be quite bulky and significantly contribute to the weight of the vehicle. If the vehicle is lighter, it would need less batteries to power the vehicle.

“Lightweighting is a constant issue for us,” said Masanori Matsushiro, a project manager overseeing body design at Toyota Motor Corp. However, opting for lighter materials should not have much impact on the manufacturing costs as that would lead to lower acceptance from consumers.

Researchers at Kyoto University have teamed up with leading OEMs like the DaikyoNishikawa Corp and Denso Corporation to work on plastics that have been infused with cellulose nanofibers. The cellulose nanofibers are made by breaking down wood pulp fibers into several hundredths of a micron (one thousandth of a millimeter).

Earlier, cellulose nanofibers have been used in a number of innovative products like transparent displays, but it was the development of the “Kyoto Process” which has led to the exploration of cellular nanofibers as an alternative for steel in the automotive industry. As part of this process, chemically treated wood fibers are kneaded into plastics while simultaneously being broken down into nanofibers, thus reducing production cost to roughly 20 per cent of the conventional process.

“This is the lowest-cost, highest-performance application for cellulose nanofibres, and that’s why we’re focussing on its use in auto and aircraft parts,” Kyoto University Professor Hiroaki Yano, who is leading the research, told Reuters in an interview.
The university is working with suppliers on the development of a prototype car using cellulose nanofiber-based parts and this project is slated for completion by 2020.

Other substitutes for steel that automakers are considering include using carbon fiber reinforced polymers (CFRPs) as in the case of BMW for its i3 compact electric car and high-tensile steel and aluminum alloys.