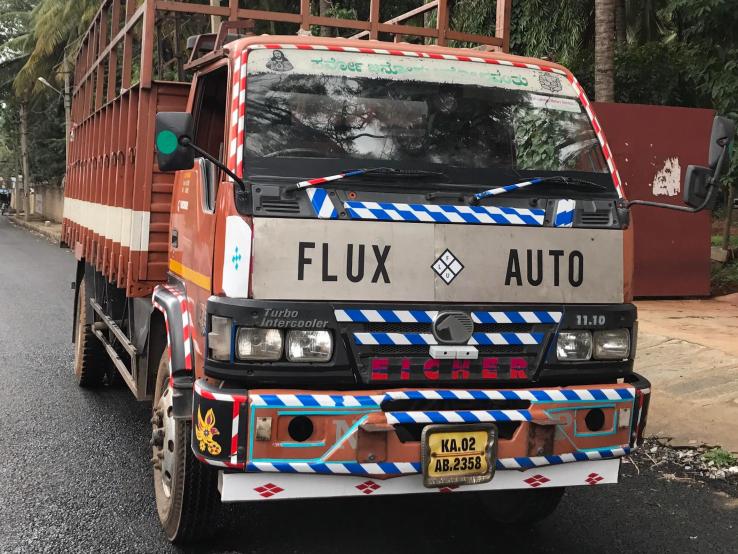 A relatively new startup in India named Flux is working on inexpensive technology that can convert any truck into a self-driving truck. Many companies like Waymo and Uber are working on selfdriving cars, but there is immense scope for automated driving in the truck industry in view of the volume of goods carried by trucks and their importance in the logistics sector. Automated trucks are likely to be not only safer, but are also likely to have a significant impact on cost and efficiency.

While tech giants like Tesla, Waymo and Uber (through Uber ATG) are working on their very own automated trucks, they are working on technology that is likely to be too expensive for large scale adoption by the trucking industry, especially at the global level. This is where Flux Auto is hoping to make a difference.

The company is a 16-member startup that is based in Bangalore, India and has a stated aim of democratizing autonomous systems by reducing the cost for the technology.  The company is currently working on a system that when commercialized could be retrofitted on any truck for a lower price.

When it comes to lowering the costs, there has to be a tradeoff and the compromise Flux has made is that it is not using Lidar, the sensors that are normally used in autonomous cars for detection of people and objects. Lidar technology is highly expensive, though costs have come down in recent years. Still for each vehicle, Lidar would cost at least USD 7500 and that is expensive.

Flux Auto is claiming that proprietary vision algorithms can be paired with cheap cameras that are widely available to make trucks autonomous. The retail price of Flux’s product would be about USD 3,000-4,500, depending on the kind of features that the customer wants. When fully developed, the system would offer users lane keeping assist, cruise control, and collision avoidance. Thus drivers would experience less strain on long journeys.

According to an interview Alux Aut’s founder, Pranav Manpuria gave to Techcrunch the company would use sensors like sonar, radar and ultrasonic with cameras to understand what is happening in the area around the vehicle and to make decisions based on this understanding.

He added, “We’re developing our entire tech stack as an after market accessory. This allows us to target the massive market of already existing commercial vehicles.”

Manpuria said that the company is hoping to raise around USD 1.5 million to fulfill its goal of deploying its systems on trucks in a range of markets beyond India. The money will be used to further develop the technology and to expand the company’s workforce. Initially, Flux auto began conducting tests on cars, but has now proceeded to test its first truck. The plan is to deploy the technology on 2,500 vehicles within the next twelve months.