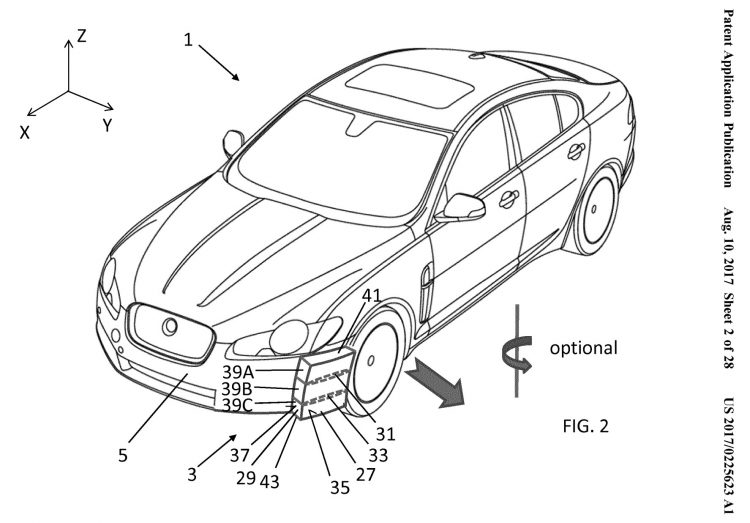 Jaguar Land Rover has proved that efficiency is as important as style by applying for a patent for a unique aero guide vane system. The company has apparently developed a new channelling system to guide airflow along the side of its cars.

The company had filed the application for a patent at the United States Patent and Trademark Office in August, 2015, but revealed the details and images just a few days ago. The aero guide vane system comprises unique pop-out air channels that can guide airflow past the body, and thus might be able to reduce drag and thus increase fuel efficiency. The images Jaguar Land Rover released depict separate panels called guide vanes which can be deployed from the front bumper, side sills, and rear bumper bar sides. These panels can apparently be both deployed and retracted meaning that they could work at different speeds, and at different degrees depending on the speed in order to optimize the airflow and thus reduce the amount of turbulence around the wheels. According to the abstract of the patent application, the vehicle can include sills which can be displaced laterally outwardly and downwardly from a retracted position to a deployed position.

Jaguar Land Rover models are known for showcasing some of the best designs in the automotive industry, both when it comes to sedans and SUVs. Nevertheless, it remains to be seen if the company can set a new benchmark when it comes to aerodynamics.