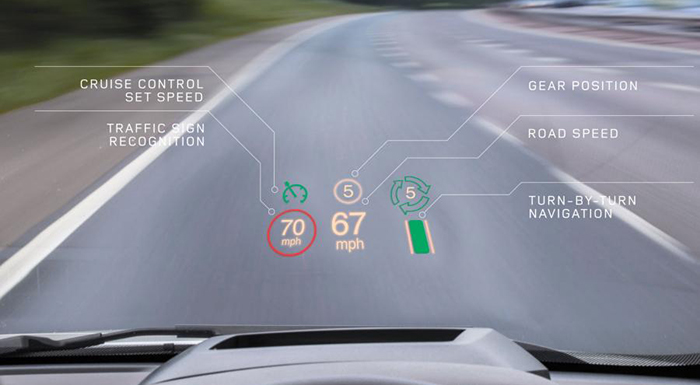 Jaguar Cars to Get Next-Gen HUD from Cambridge University

Researchers at Cambridge University have recently developed next generation head-up displays (HUD) that will soon find their way to Jaguar Land Rover vehicles.

The all-new HUD employs first-of-its-kind laser holographic techniques that project information onto the windscreen. With these, drivers will see information about vehicle speed, navigation and direction in full color and in two dimensions without having to take their eyes of the road.

According to Cambridge University, its HUD is the first to utilize laser holographic techniques designed to deliver better color, brightness and contrast than other systems in a smaller and lighter package.

In a statement, Cambridge University Department of Engineering professor, Daping Chu, explained that there are three main types of information that they could soon integrate into upcoming holographic head-up displays.

First is the type of information that is available in today’s displays, but they could potentially add other information in a non-intrusive way: for instance, if the driver passes a petrol station, maybe the price of petrol at that station could flash up in the corner. The professor said that the trick is how to display the most useful information in such a way that does not sidetrack the driver.

HUD is one of the technologies employed by carmakers these days, including Kia and Volvo, to boost safety. Continental has also launched a similar technology named AR-HUD which guides a driver through the maneuver and provides helpful visual cues.