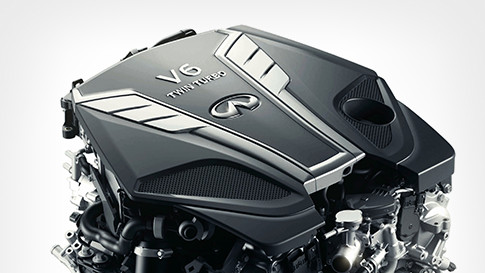 Infiniti’s new 3.0-liter twin-turbo V6 engine was recognized as one of the best engines in the world when it was selected for the 2017 edition of Wards 10 Best Engines list. The engine was chosen to be one of the top engines amidst tough competition. There were over 40 new or vastly improved powertrains in the running, in addition to the 10 best engines from the 2016 edition of the list.

Infiniti has used the new engine across its range of Q50 sports sedan models and the all-new Infiniti Q60 sports coupe that it launched recently.

The 3.0t engine is available in two different configurations, a variant which has an output of 300 horsepower with 295 lb-ft torque, and a high-performance version that offers users 400 horsepower and 350 lb-ft torque. According to the company, the new twin-turbo engine provides smooth and immediate acceleration, plenty of power while being lighter in weight due to the use of aluminum. The direct injection gasoline (DIG) fueling system is more fuel efficient, reduces emissions and offers high quality fuel distribution.

The 2017 edition is the 23rd edition of Wards list of the top 10 engines in the world and is published every year by the highly respected Wards Auto World magazine. All the engines are thoroughly tested by Wards Auto editors over a period of two months and the best engines are selected on the basis of a number of subjective and objective criteria like vibration, technical relevance, power and torque output. The practice was initially started in 1994 for 1995 engines and a place on the list is highly prized by engine manufacturers.