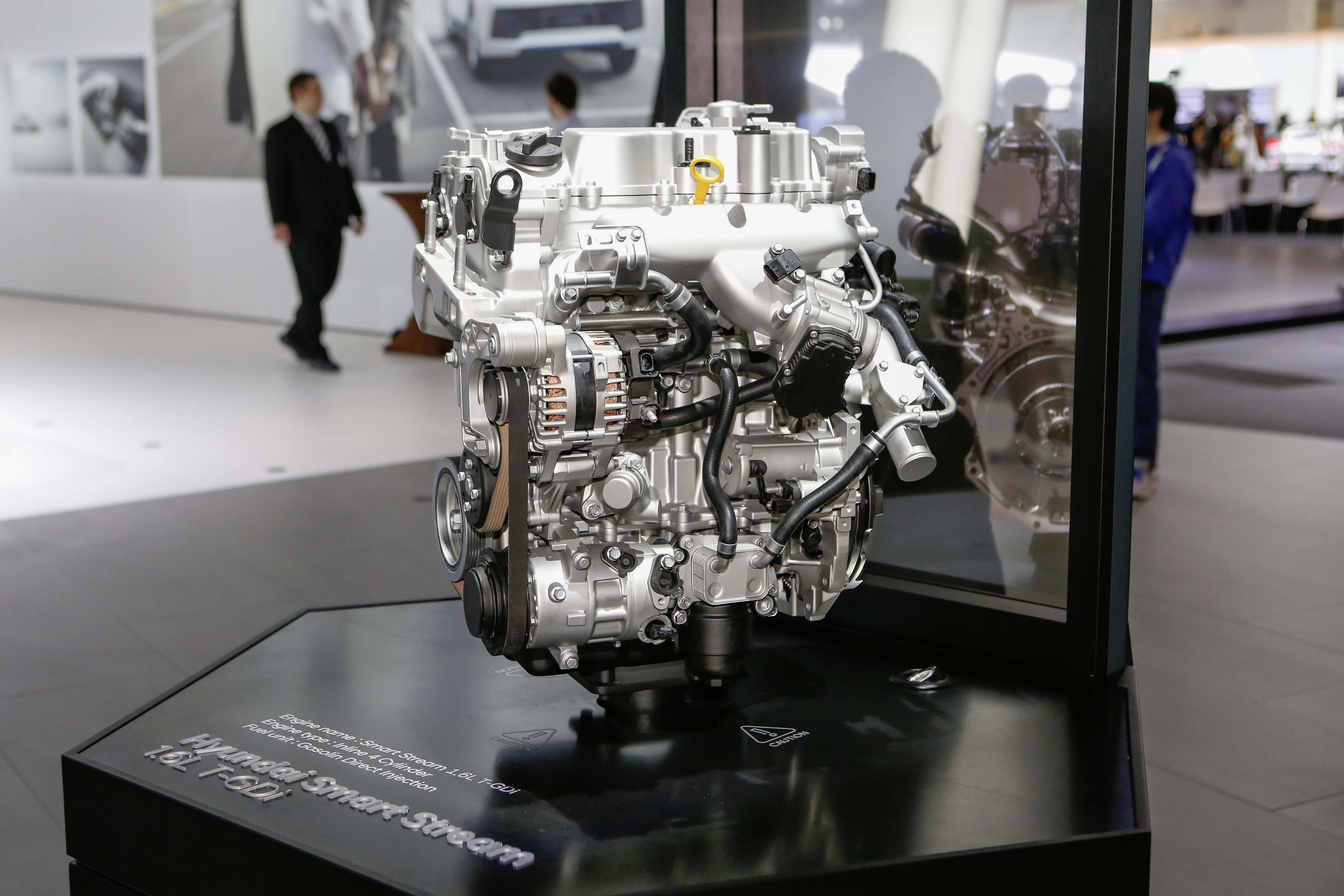 Hyundai used the Frankfurt Motor Show to unveil its next-generation drivetrain technology, and to also announce plans for its first electric car-sharing program.

Hyundai revealed its range of ‘Smart Stream’ powertrains, which combine a Smart Stream 1.6-litre T-GDi engine and Smart Stream wet 8-speed dual clutch transmission. Hyundai also used the venue to debut three new models for the European market – the i30 N which is performance oriented, the i30 Fastback five-door coupé and the sub-compact Kona SUV.

The 1.6-litre T-GDi engine integrates many new technologies, including Continuously Variable Valve Duration (CVVD), which depending on the engine speeds and conditions, continuously adjusts the inlet and exhaust valves’ opening times, thus optimizing the timing. This significantly enhances performance and fuel economy, and also reduces emissions.

The new engine is paired with the latest version of Hyundai’s dual clutch automatic transmission. It facilitates quicker and smoother gear changes than its predecessor, and also lowers fuel consumption. Hyundai has ambitious plans to introduce more ‘Smart Stream’ badged powertrains in the coming years.

Commenting on the new “Smart Stream” powertrains, Hyundai’s Head of Operations for Africa and the Middle East, Mike Song said that Hyundai is committed to sustainable motoring, and will expand its range of electric, hybrid, and fuel-cell vehicles. Yet at the same time, the company admits that in the immediate future, there will be greater number of cars using internal combustion engines on the roads. In order to make the transition easier, Hyundai is working on making petrol engines as efficient as possible with the use of innovative technologies to minimize tailpipe emissions and use of fuel.

At Frankfurt, Hyundai also announced its first car-sharing scheme for pure-electric vehicles. It will be launched in Amsterdam in October and will use a fleet of 100 Hyundai Ioniq Electric cars to make e-mobility available on a more widespread basis.

The Ioniq is Hyundai’s first model that was developed specifically for alternative drivetrains, and is the first car in the world that offers customers a choice of hybrid, plug-in, or pure-electric drivetrain options. Hyundai was also the first company to introduce a fuel-cell electric vehicle, with the Tucson FCEV in 2013, and has successfully offered hybrid versions of the Sonata internationally.