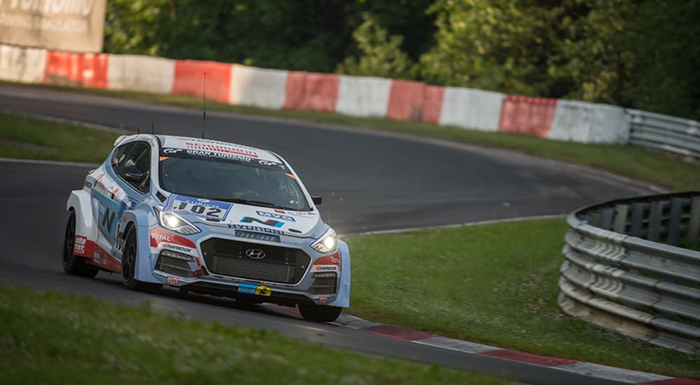 Hyundai Puts its New Turbo Engine to the Test at Nürburgring

Just recently, Hyundai has successfully tested its newly-designed turbocharged engine, which is slated for installation in the first of its N performance models. The powerful engine was installed in the Hyundai i30 2.0 Turbo development vehicle, which ran in the Nürburgring 24h Race.

Albert Biermann, Hyundai’s head of vehicle test and high performance development, says that the endurance race at the Nürburgring is the toughest race in the globe. He adds that it is the perfect environment for testing the resilience of their new turbocharged two-liter engine with direct fuel injection under extreme strain.

Given that the new engine is in the development phase, the Japanese company is hesitant to share any performance specifications or details, revealing only that it runs on upper petrol.

The breathtaking race on the Nordschleife circuit was also the initial motor-racing appearance for the i30 2.0 Turbo. Apart from testing the engine, a number of other components were also modified, including the shock absorbers and suspension, steering, wheels, safety components, and fender extensions.

Biermann adds that even with engines designed for high performance, attaining the highest possible horsepower output is not essentially Hyundai’s priority. He concludes that instead, the engineers concentrate on maximum driving pleasure and driving fun without sacrificing the everyday usability.

The i30 2.0 Turbo landed on the 90th spot out of 160 contenders in total. It successfully completed 91 laps and a total distance of 2,309 km (1,435 mi). Findings from the test will serve as basis of the design of upcoming Hyundai engines.