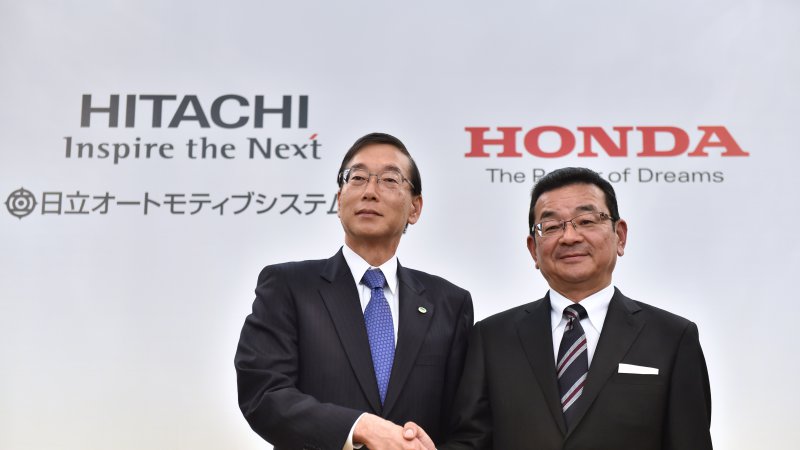 Honda Teams up with Hitachi to Set up Electric Motor Company

Honda will be setting up a joint venture with Hitachi Automotive Systems to build electric motors for vehicles. The two companies have just begun talks about the venture and have progressed to the stage where they have signed a memorandum of understanding. They are expected to commit to the project in March and hope to set up the new company by July this year. In addition to setting up this joint venture, Honda is also planning to set up sales and manufacturing facilities in China and the US.

This collaboration with Hitachi is an indicator that Honda is really serious about making its very own electric models. The Japanese auto manufacturer had announced last year that in one way or the other, two-thirds of its vehicles will be using electricity as a source of power by the year 2030. The company will shortly launch is the hybrid and electric vehicles of the Clarity an dis planning to debut a dedicated hybrid in 2018.

This joint venture with Hitachi is not the first such venture in which Honda has tried to leverage the expertise of other companies when it comes to alternative propulsion technologies. The company had joined hands with GM three years ago to work on fuel-cell technology. The outcome of the joint project, a new hydrogen fuel-cell stack, was unveiled recently. The companies claim that the new hydrogen fuel-cell stack is a lot simpler, lighter and cheaper when compared to past models. The fuel-cell stacks which will be made in a factory in Michigan will be used in both Honda and GM products and vehicles.